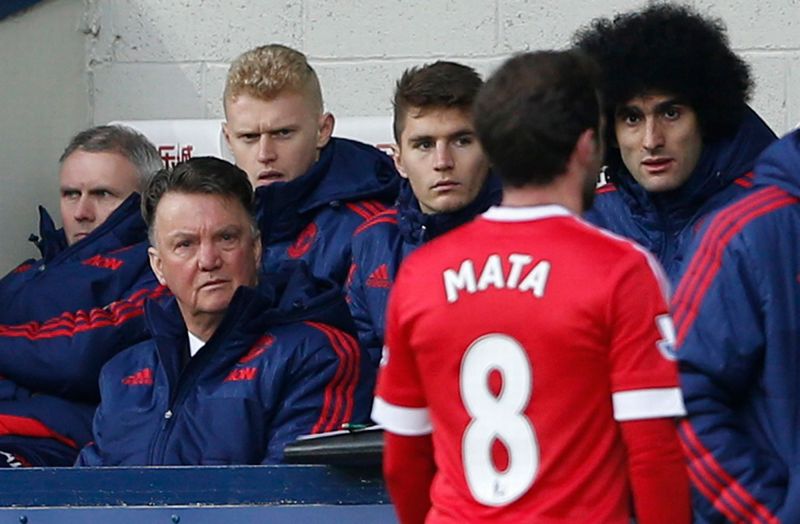 Manchester United fell to a narrow and unfortunate 1-0 defeat to West Bromwich Albion at The Hawthorns, after playing for over an hour with 10 men following a Juan Mata red card.
United were forced to play for 64 minutes a man down after Mata was shown two yellow cards inside two first-half minutes, the first for failing to retreat 10 yards at a Darren Fletcher free-kick and the second for tripping the same man just moments later. Clear-cut chances were few and far between but, despite the Reds defending resiliently, Salomon Rondon grabbed the decisive goal midway through the second half.
Chris Smalling returned to the team after missing the last three games, as did Matteo Darmian, in place of Tim Fosu-Mensah and Guillermo Varela respectively. There were two changes in midfield as captain Michael Carrick replaced Morgan Schneiderlin and Jesse Lingard came in for Memphis. There were also three ex-Reds on the opposition side with Ben Foster, James Chester and Fletcher all named in the Baggies' team.
United arrived in the Midlands high on confidence after recording four successive wins in all competitions and knew a fifth win would send the team level on points with rivals Manchester City in the race for the top four. That confidence was evident from the onset as the Reds controlled the frantic early proceedings. Anthony Martial, playing on the left, tried his luck from 25 yards inside three minutes, but his fierce drive was straight at Foster. 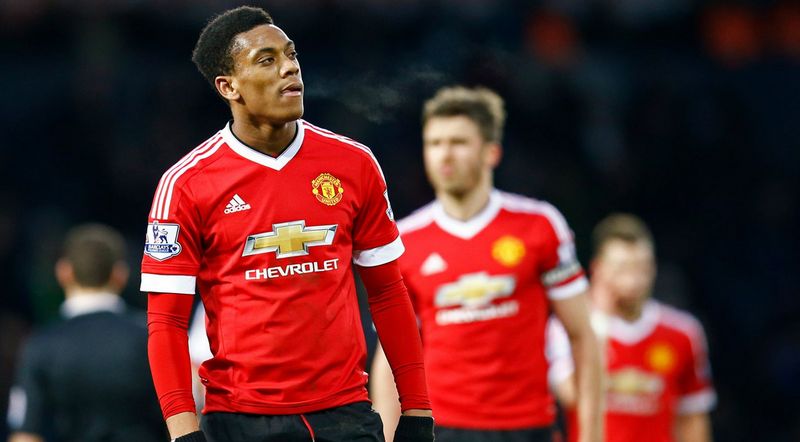 At the other end, Craig Dawson rose above Martial but the defender's header went well wide when he should really have done better, before Saido Berahino had his shot blocked by Smalling after the ball fell kindly to him.
The first of Craig Gardner's two wicked in-swinging free-kicks was well diverted away by Martial, while the second was headed inches wide by Gareth McAuley, but the referee's assistant had his flag raised.
The turning point of the game occurred within a two-minute spell. Firstly, Mata was booked on 24 minutes after he was adjudged to have infringed a Fletcher free-kick, before the pair collided again moments later, with Mata tripping the former Red and being shown his second yellow card. It was the Spaniard's first career red card. 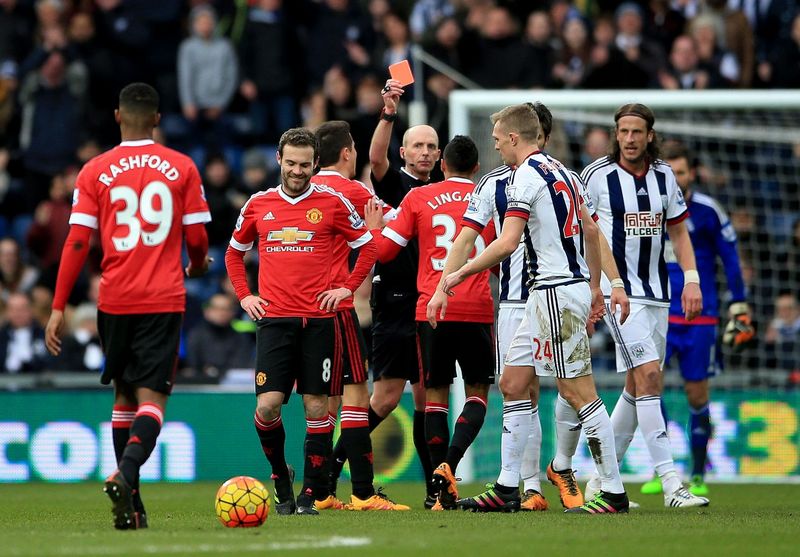 The hosts looked to take advantage as first Dawson tried his luck from 30 yards with a dipping volley that evaded the far post, before Berahino unleashed an effort from distance that David De Gea clutched into his chest.
Smalling was impressing on his return to the side, keeping West Brom's top scorer Rondon at bay, as the Reds went into the break level and looked to rebuild ahead of the second half.

Possession: West Brom 42% United 58%
Shots at goal: West Brom 6 United 2
Shots on target: West Brom 1 United 1
Corners: West Brom 3 United 2
Despite being down to 10 men, United started the second half like the first, with Martial looking dangerous down the left. His low cross found youngster Marcus Rashford, whose effort was deflected narrowly wide.

The Reds continued to press and gained a succession of corners, before Lingard cut in from the left and unleashed a ferocious effort from 25 yards which grazed the crossbar. At the other end, Berahino went close but his volley flew inches wide of De Gea's near post.
The breakthrough came against the run of play on 66 minutes as substitute Sebastien Pocognoli's cross from the left was met by Rondon, who controlled and fired home from 15 yards for his eighth goal of the season. 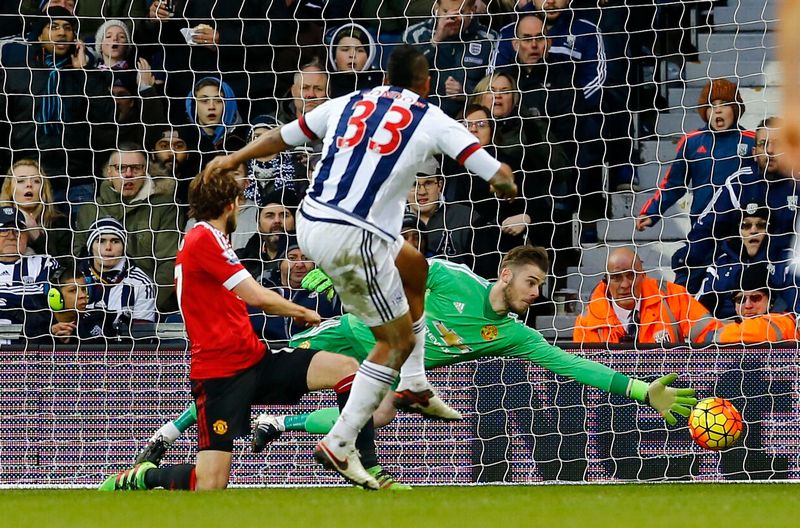 Following the goal, chances were at a premium as West Brom looked to see the game out and United aimed to grab an elusive leveller that would have been just reward for a game neither side really deserved to win.
Despite the four minutes' additional time, the game ended in favour of the hosts, meaning United's winning run came to an unfortunate end as the Reds lost at The Hawthorns for the first time in the Premier League era.

"We have played 60 minutes with 10 against 11 and this is the fifth match in 14 days, I believe. So it is very difficult to play against 11 players. I think that’s the reason that we lost this game because we didn’t give many chances away, not in the first half or in the second half when we played with 10 players – the only chance was more or less the goal." - Louis van Gaal

"We are very disappointed. All things considered, we were pretty comfortable for most of it. In the second half, I thought we could go on and win it and that's how it looked like it would pan out. They have had one chance, one proper shot, taken it and scored and that's where the game was won." - Michael Carrick

#MUFC fell to a narrow and unfortunate 1-0 defeat to West Bromwich Albion at The Hawthorns, after playing for over an hour with 10 men following a Juan Mata red card.