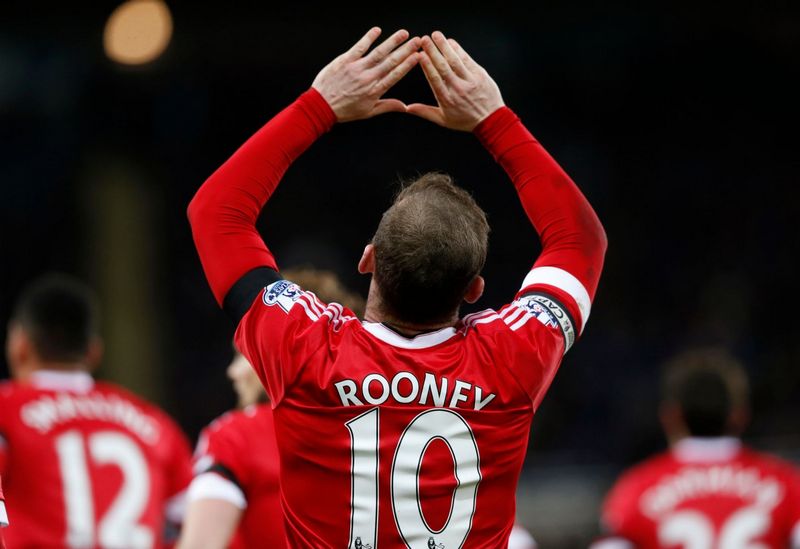 Manchester United were denied victory by a 90th-minute goal as an entertaining, absorbing and end-to-end encounter with Newcastle United ended 3-3 at St James’ Park.
An early penalty from Wayne Rooney and a fine finish by Jesse Lingard put the Reds ahead but the Magpies fought back to draw level through strikes from Georginio Wijnaldum and Aleksandar Mitrovic. The captain then hit a superb goal that looked to secure three important Barclays Premier League points until Paul Dummett struck a deflected shot off Chris Smalling and past David De Gea with seconds to play.
St James’ Park came together before kick-off to hold a minute’s applause in tribute to Pavel Srnicek, the much-loved former Magpies goalkeeper who sadly passed away following a heart attack on 29 December aged just 47. The Czech was a cult hero during his two spells as a player on Tyneside and, fittingly, his image also adorned the cover of Tuesday night’s official match programme. 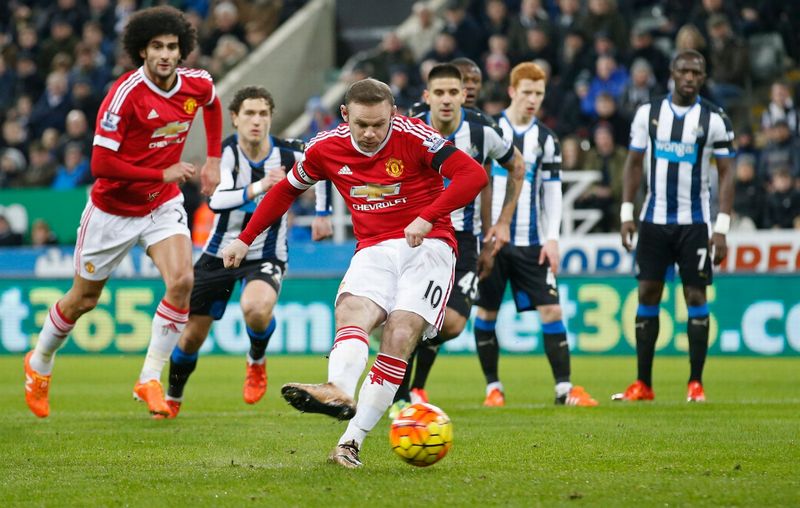 Louis van Gaal made three changes to his starting XI by recalling Ashley Young, Morgan Schneiderlin and Lingard, but it was his ever-present captain, Rooney, who broke the deadlock from the penalty spot on nine minutes after Chancel Mbemba handled Marouane Fellaini’s header inside the box. A neat finish into the right-hand corner clinched Wayne's 240th Reds goal and a third in as many games.
Newcastle could have conceded a second penalty on 25 minutes when Dummett’s hand struck the ball in the area as Fellaini was rather harshly cautioned for a foul on the Magpies left-back. Rooney then scuppered a clear opportunity by shooting wide when through on goal, before Georginio Wijnaldum forced an excellent close-range save from De Gea on the Spaniard’s 200th United appearance. 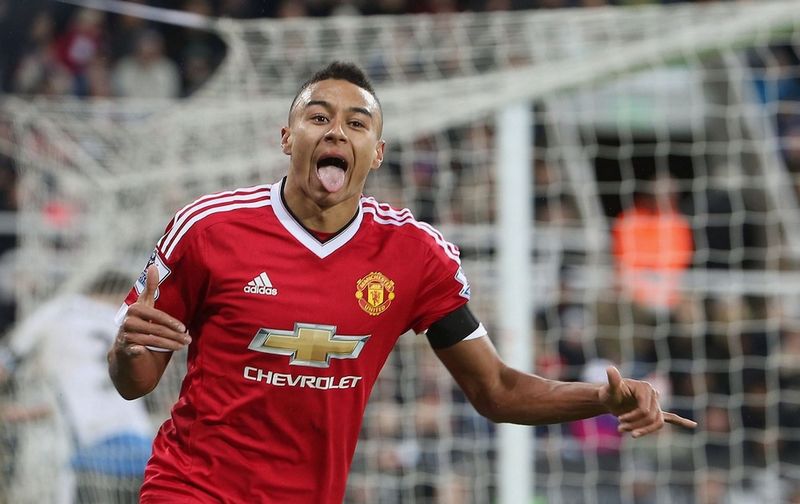 Jesse Lingard doubled the visitors' advantage on 39 minutes by latching onto Rooney’s neat pass to convert a fine finish past Rob Elliot, scoring his second senior goal in the process. Newcastle responded well, however, and hit back just before the break as Wijnaldum struck Fellaini’s headed clearance past De Gea to notch his eighth goal of the season, all of which have been scored at St James’ Park.

Possession: Newcastle 56% United 44%
Shots at goal: Newcastle 3 United 8
Shots on target: Newcastle 2 United 2
Corners: Newcastle 1 United 3
Cheered on by the Gallowgate, Newcastle started the second half brightly and Moussa Sissoko almost restored parity when his left-footed shot from inside the area was saved by the consistently tremendous De Gea. Lingard then missed a chance of his own by blazing over following some impressive approach play from Anthony Martial, whose pace proved effective on the right wing.
A second penalty of the game was awarded on 66 minutes when Smalling bundled Mitrovic to the ground and the Serbian calmly stroked the spot-kick past De Gea. That goal roused the home fans and Newcastle thought they had taken the lead moments later when Wijnaldum ran onto a stray Daley Blind pass to score, but the linesman’s flag was raised for offside. 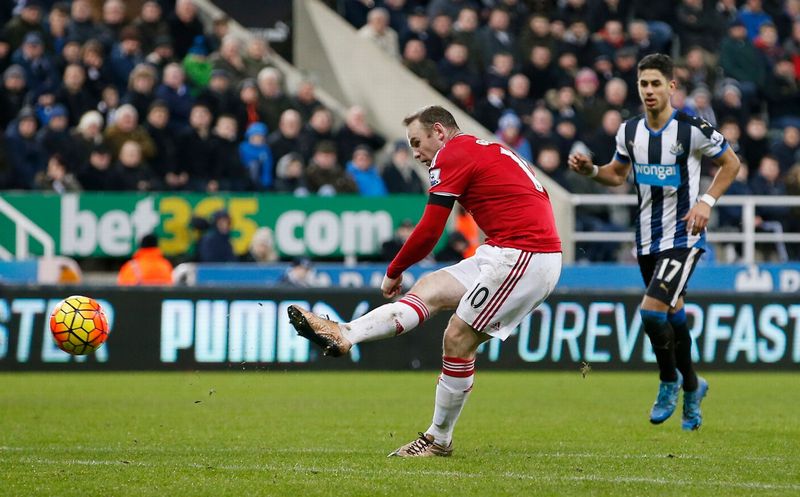 Memphis Depay stepped off the bench to inspire Saturday's FA Cup third-round win over Sheffield United at the weekend and the Dutchman’s introduction on Tyneside led to the Reds going in front again, after his shot deflected into the path of Rooney for the no.10 to smash the ball powerfully into the top corner. It was the captain's 13th career goal against Newcastle and his positive influence on this game was clear to see throughout. 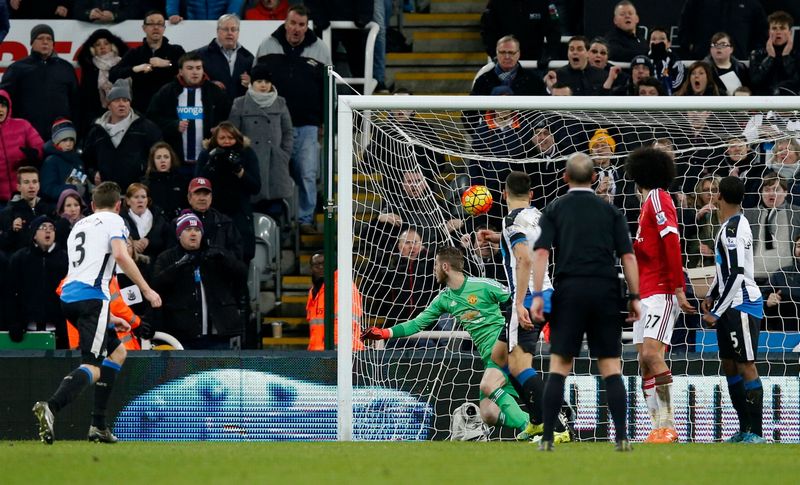 Unfortunately, despite Rooney's best efforts, Newcastle fought back once again and scored a dramatic equaliser in the 90th minute when Dummett's shot from around 10 yards ricocheted off Smalling to fly past De Gea, concluding an eventful and unquestionably entertaining night in the North East.

Newcastle vs Manchester United ALL GOALS

#MUFC were denied victory by a 90th-minute goal as an entertaining, absorbing and end-to-end encounter with Newcastle United ended 3-3 at St James’ Park.