O'Neill tips Beckham, Giggs and Class of '92 to take over at Man Utd 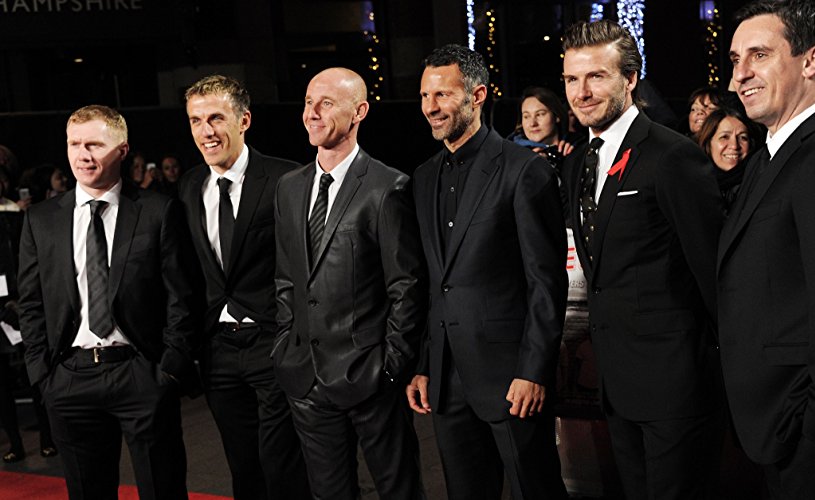 John-Paul O'Neill, who helped to form FC United of Manchester, believes the former idols will one day return to Old Trafford
David Beckham, Ryan Giggs, Gary Neville and the rest of Manchester United's Class of '92 are being backed to take control of the club at some stage.
John-Paul O'Neill, who helped to found FC United of Manchester in protest to the arrival of the Glazer family at Old Trafford in 2005, believes iconic figures from the past will one day return to take the reins.
Paul Scholes, Nicky Butt, Phil Neville, Gary Neville and Giggs have already had a taste of football club ownership with non-league side Salford City, with Beckham the only famed academy graduate not involved in that venture — although he is in the process of launching an MLS franchise in Miami.
It is a big step up from the National League to the Premier League for the United old boys, but O'Neill feels their strong ties to the club, and the financial clout they are able to generate, will see them complete a takeover in the future.
O'Neill told The Mirror: "I honestly think that the Class of '92 have got their sights fixed on owning United one day.
"I am sure they would deny it at the moment — but it really does make sense when you put all the pieces together.
"The Neville brothers, Ryan Giggs, Paul Scholes and Nicky Butt have taken over a small non-league club in Salford City and are now finding out what it is like to run a football club from a practical point of view. Why? Is Salford City really the summit of their ambitions as football club owners?
"They are obviously on a much smaller scale than United, but going in at that level is giving the Class of '92 a really practical education in football club ownership."

It would take a serious offer to remove the Glazers from the Old Trafford boardroom, but O'Neill is confident that the funds could be generated — with Beckham part of the fold — and a new era welcomed in at the Theatre of Dreams.

He added: "When you look closely you will see they have got some huge financial backers.

"Most people are aware that Valencia owner Peter Lim has invested heavily in Salford City. But Lim is small-time compared to some of the Chinese investors who have been helping Gary Neville and Ryan Giggs buy up huge swathes of Manchester city centre for redevelopment.

"Even if Manchester United are now worth between £2 billion and £3 billion, I don’t think buying the club would be a problem for the kind of investors that they are now doing business with."

Butt is the only member of the Class of '92 currently involved with United, with the former England international midfielder now the head of coaching within the Red Devils' academy system.