My debt to Beckham, by Ryan Giggs 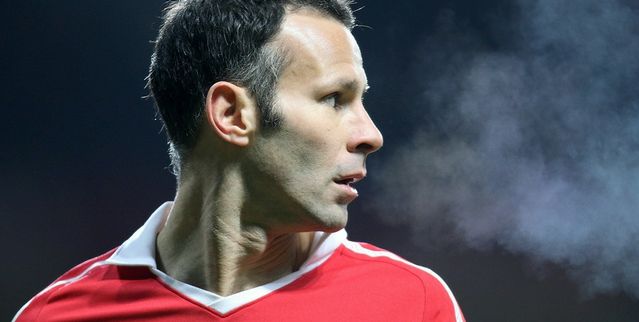 Ryan Giggs has revealed his debt to David Beckham as he prepares to celebrate 20 years at Manchester United.

The evergreen midfielder made his professional debut March 2, 1991, coming on as a substitute for Denis Irwin in a 2-0 defeat against Everton, aged just 17.

And far from preparing for his dotage, the Welshman is looking to add to his incredible trophy haul this season, as well as extend his career beyond his 38th birthday.

So much for the “new George Best” as he was quickly tagged when bursting on to the scene as a lightning-fast teenager with a box full of tricks.

Best never made it out of his 20s at the top of the game. Giggs is threatening to play on into his 40s. But he admits it could have been a different story if he’d succumbed to the temptations of celebrity life when still finding his feet in the game.

With pop star good looks and high-profile girlfriends like Dani Behr and Davinia Taylor, Giggs could have been another casualty of football’s champagne set.

But he says an infamous rollicking from Sir Alex Ferguson when caught partying with Lee Sharpe in 1992, as well as Beckham’s ascendancy as football’s biggest pin-up, were critical
factors in his remarkable powers of longevity.

“Sharpey was great,” he said. “We got on really well and there's obviously that famous incident at his house, which probably had a big impact on me in terms of the fact you’ve got to live your life right.

“But of course Becks was coming. I was sort of trying to keep out of the limelight, then obviously Becks came into the team and everything happened with that, so that was good
timing for me I suppose.

“I think it’s changed throughout my career, from first coming into the first-team, with a lot of the hype, celebrity girlfriends and photographers following you home and all over the place. Then I made a conscious decision that I didn't really like it and just wanted to keep a low profile.

“I've tried to do that as much as I can, as much as you can do in this day and age really. As your career goes on you try to be as professional as you can. You've got to be, for as long as I've lasted, you've got to try to live your life the best you can.

“I remember in my first full season, the Today newspaper had a week-long sort of feature, delving into my family, my dad's family, the rift between my mum and dad, that sort of thing. It wakes you up quite quickly and toughens you up.

“I went out with a few girls who were famous as well, and you get photographers following you. I just didn’t like it. I was 18 or 19 at the time.”

One thing you can be sure of is that Giggs won’t be joining Rio Ferdinand’s “Tweeps” any time soon. The England captain is a confirmed Twitter fanatic with an army of followers gripped to his updates about everything from the X-Factor to what he’s having for breakfast.

“Personally I just don’t get all that,” said Giggs, who believes the media focus is intense enough on emerging players, without the added pressure of social networking.

“I think it is probably harder today because the information is there – Twitter, Facebook. As soon as something happens, it’s there, around the world.

“But still you can shy away from that. If you live a relatively quiet life then you can concentrate on your football and just get on with it.”

Giggs has recently signed another year extension to his United contract, which will see him edge ever closer to the 40 mark. Already English football’s most decorated player and United’s all-time appearance record holder on 862 and counting, he admits he never expected to still be at Old Trafford into his late 30s.

But he adds that he has no plans to hang up his boots yet.

“When you start out, you never think 20 years is going to happen, but as it's got closer and closer you think about it a little more,” he said. “But 20 years at this club I'm really proud.

“At the beginning it’s just a desire to get in the first team and stay there.

“It’s a lot easier when you have quality around you, especially when you become older and rely on legs around you. If I didn’t, I’m sure I would have finished two or three years ago.”