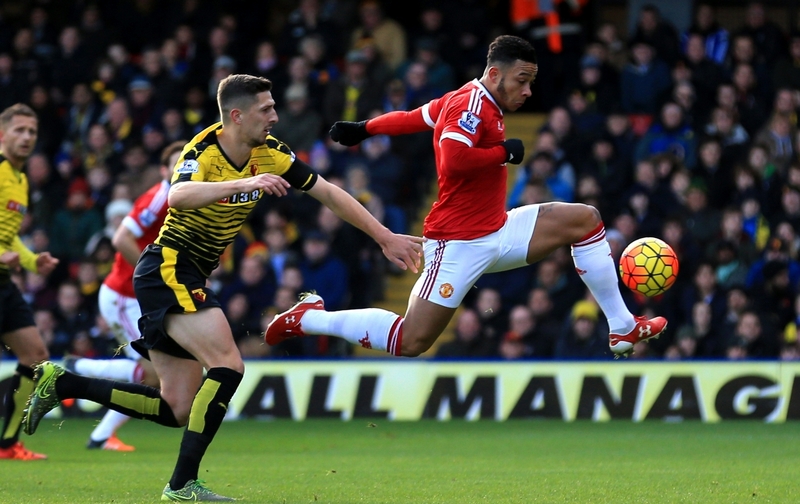 Memphis was delighted to make a big contribution to Manchester United's late victory at Watford and he revealed afterwards how Ryan Giggs has helped him to develop as a player.

The Dutch attacker came back into the side for his first league start since the beginning of October and he made an impact after just 11 minutes when he brilliantly volleyed home an Ander Herrera cross.

Louis van Gaal said on Friday that he has been impressed by Memphis' work ethic in training as he bids to return to his best form, and the man himself explained in an interview with MUTV how van Gaal's assistant has been supporting that.

"I think every young player goes through things but I keep training and enjoy the training sessions," he told MUTV. "The stuff [I am learning] has stuck with me and Ryan Giggs has given me good advice and I’ve been working on some things with him.

"You need that backing and you need to back yourself and train well, and of course all the help is great to get through difficult times.

"I’m happy to get the help of everyone and happy to play on Saturday to show that I can be important."

Memphis was handed a striker's role with close support from Jesse Lingard at Vicarage Road. The Dutchman enjoyed the freedom the position provides and was over the moon to get on the scoresheet.

"The system was different, but we have a little bit more freedom and there was space in behind also which we took advantage of. I think we did it well and I enjoyed the game," he added.

“It was a difficult game in the end. We started well in the first half but the second half was a little bit difficult. But to get three points out of it was good.

“I enjoyed the goal a lot, of course. I like to score goals. It was important for me to score a goal when I got a chance. I was happy. I like it when the fans are behind us and it was a nice moment [to celebrate with the fans]."