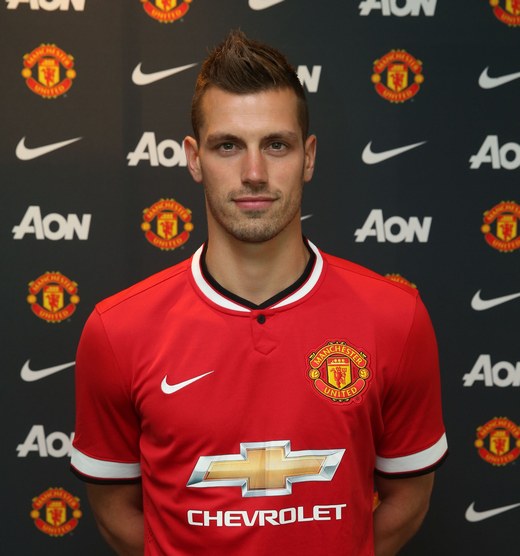 Manchester United is delighted to announce that Morgan Schneiderlin has completed his transfer from Southampton. Morgan joins on a four-year contract with the option to extend for a further year.

Schneiderlin, 25, has made 253 appearances and scored 15 times for Southampton since his debut in 2008. The French international has made nine appearances for his country.

Morgan Schneiderlin said: "I am delighted to be a Manchester United player. Once I learned that United were interested in signing me, it was a very easy decision to make. I have enjoyed seven very happy years with Southampton and it’s a club that will always be in my heart. But the chance to be part of this squad to help this great club be successful was too good to miss.

"I’m excited to be starting that journey on our trip to the USA. I know what Manchester United means to fans all over the world and I’m looking forward to experiencing that."

Louis van Gaal said: "Morgan is a very talented player with great energy and ability. His skills will complement the players that we already have and I am very pleased that we have been able to complete this deal before the tour to the United States. That training camp will be very important in our preparations for the new season and gives Morgan and the other players a chance to show our fans what they can achieve together." 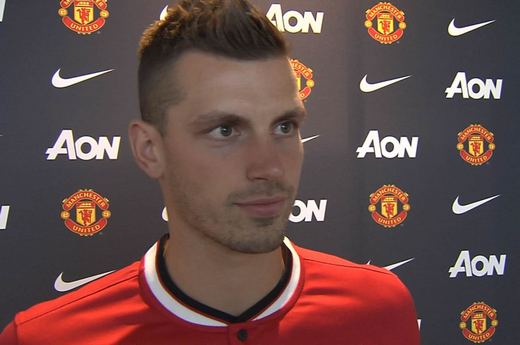 Shortly after completing a move to Manchester United from Southampton, Morgan Schneiderlin gave his first exclusive interview as a Red to the club’s official channel MUTV. Here’s a transcript of what the France midfielder had to say…
Welcome to Manchester United, Morgan. How does it feel to sign for the club?
It’s a dream come true. I still can’t realise. It’s the biggest club in the world. I’ve worked all my life for it and today I’m very happy, it’s a proud day. It’s the beginning of a new thing for me. It’s more demanding with more pressure but I’m ready for that and I can’t wait to start playing.
How big an influence was Louis van Gaal in your decision to come here?
Big. He’s a massive manager who’s trained the best teams in the world. I could see when I spoke with him that he wants big things for Manchester United and sees big things for this team. He made me understand how big this club is and the importance of doing the good thing, the right thing, and to play well. For me, he was a big part and I look forward to training with him and learning and progressing because I’m still young. I know that I can improve still.
Since arriving at Southampton in 2008 you’ve got better and better, and you’re only 25. How much more is there to come from you?
I’m not the finished project. Every year I play I have the feeling that I progress, that I learn. I learned from every manager I had at Southampton, which was an amazing time for me. I said thank you to all the Southampton people there because they helped me through a lot of things and to progress as a player. Now I know that I will get better because I’m going to play with better players for one of the best managers in the world.
You’ve played at Old Trafford with Southampton. How much are you looking forward to stepping out at the Theatre of Dreams in front of 75,000 fans in a red shirt?
It’s amazing. I remember the first time I arrived at this stadium and I said straight away it was the best stadium I’ve played in because of the atmosphere and because of the name. I look forward to playing week in, week out in front of many thousands of people and I can’t wait to get started. I had success last year with Southampton but now I want to win every game with Manchester United.