Giggs wants to see Rashford start up front against Arsenal 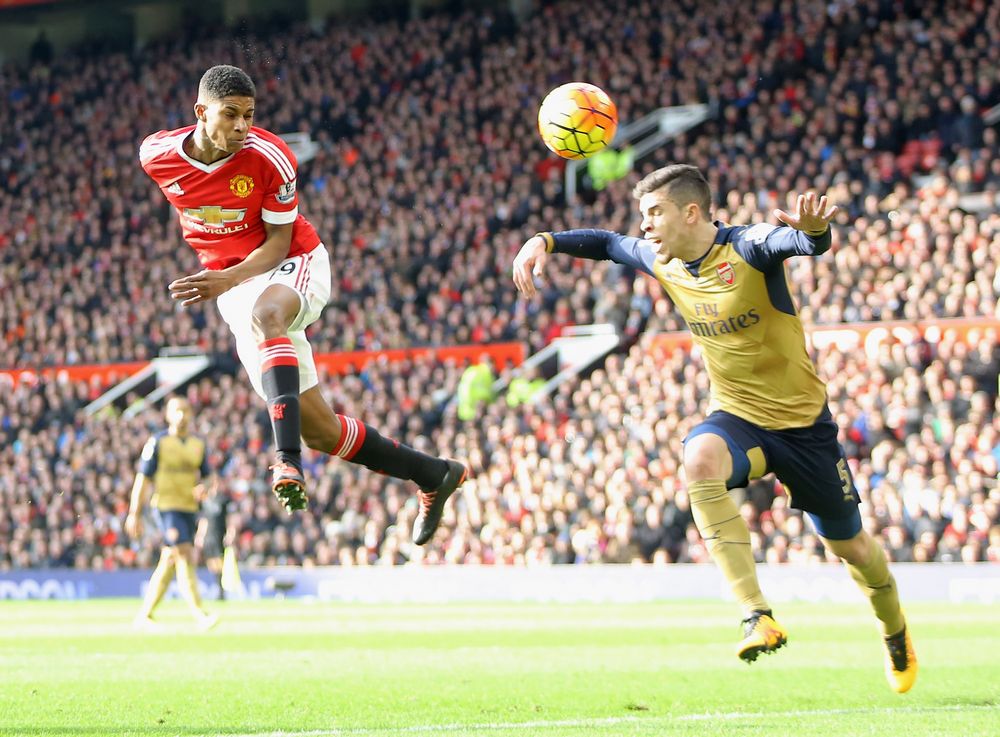 Zlatan Ibrahimovic is suspended for the visit of Arsene Wenger's side to Old Trafford, which leaves a door open for the 18-year-old Mancunian to start up front instead of the wide role he has occupied since the 35-year-old Swede joined the Reds in the summer.

The youngsters signalled his intent with two goals on his Premier League debut as a central striker against Arsenal at home last February in a 3-2 win.

But Ibrahimovic has proved an obstacle for Rashford and Giggs said: “I would like to see Marcus start up front.

“He is a fantastic talent. There has been a slight problem with having Ibrahimovic there obviously. I am a big fan of Zlatan and his goals because I have felt we have lacked goals and characters over the last few years and he brings that.

“But it has been a little bit difficult because of Marcus not playing in his favourite position. But, hopefully, we will get to see him there (against Arsenal)."

Arsenal haven't lost in the league since the opening day of the season and are currently in fourth spot and six points ahead of United.

Giggs believes a win for United could spark a run up the table but acknowledges these are different days for his beloved Reds..

“It is a bigger game for United because Arsenal are higher up in the league but hopefully it can set United's season up. Win a game like this and it can do that,” he added.

“It's about consistency really. We got off to such a good start and then hit a bit of a tricky patch and then after that, especially with Liverpool doing well and now Chelsea doing well and City getting off to a great start, you feel like we are always chasing it.

"It is frustrating when you lose games or draw matches that you are used to winning but it is a different time now. People need to be patient.”

Hospitality Action is the trade charity for the hospitality industry, offering vital assistance to all who work or have worked within hospitality in the UK, and who find themselves in crisis.