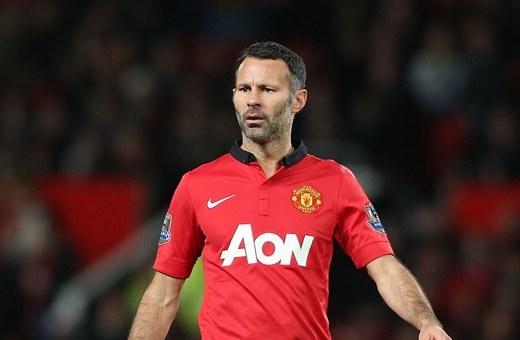 Ryan Giggs has called on United's players to quickly put Wednesday's loss to Everton behind them as Newcastle visit Old Trafford on Saturday lunchtime.

The Reds slipped to a 1-0 defeat after Bryan Oviedo struck late on for the visitors, ending a run of 12 games without defeat in all competitions. Wayne Rooney struck a post in the first half, while after the break a header from Patrice Evra forced a fine save from Tim Howard before Danny Welbeck's follow-up hit the crossbar.

The 12:45 GMT start on Saturday gives the Premier League champions a chance to get back on track, an opportunity that Giggs is urging the team to grasp.

"It's a quick turnaround, but we've got to pick ourselves up," Giggs told MUTV. "We cannot feel sorry for ourselves for too long. It's a home game and hopefully it will be a different result. We need to get on a run, before this we were on a 12-game unbeaten run. We have to get over this disappointment now."

The Welsh veteran, who turned 40 last week, says the Reds must take any chances to bridge the gap to the top of the Barclays Premier League table during a busy December.

"We'll get a better idea in the New Year, and hopefully we can start picking up points again," he added. "We've had a few disappointing results, but the performances have not been that bad. We're just not getting the rub of the green, or taking our chances when we should. If you don't do that, you are going to get punished like we did against Everton."