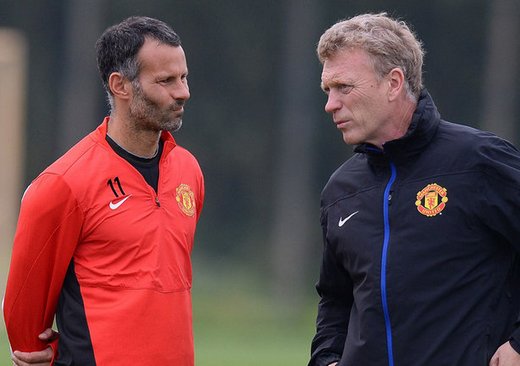 Manchester United veteran Ryan Giggs has demanded a quick response after the 1-0 defeat to Everton at Old Trafford.

A late effort from Bryan Oviedo bagged Everton their first win at the Theatre of Dreams in 21 years - leaving United languishing in ninth place and 12 points behind Premier League leaders Arsenal.

The 40-year-old Giggs, who has won the title 13 times with the Red Devils, said: "We have to pick ourselves up.

"We can't feel sorry for ourselves for too long. We have a home game against Newcastle on Saturday and hopefully we will get a different result.

"We were on a pretty good run. We just have to get over this disappointment now and get on another.

"The gap is bridgeable," added the Welshman.

"Hopefully we can start picking up points again but we will get a better idea come the new year. We have had a few disappointing results over the last couple of weeks.

"The performances haven't been that bad. Maybe we are just not getting the rub of the green or taking our chances when we should.

"It is the story of a few games this season. When we have been on top we have not taken our chances.

"If you do that in this league you are going to get punished."