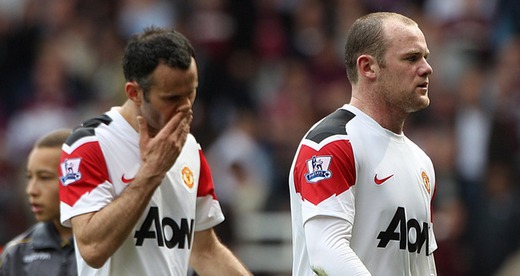 The Red Devils ace swore at a close proximity television camera after netting from the penalty spot against West Ham last week. His appeal against The FA's charge failed on Wednesday.

Rooney now misses United's weekend clash with Fulham along with their FA Cup semi-final with Manchester City and Giggs says everyone is 'bamboozled' by his ban.

"I'm not surprised by the furore surrounding it because of the profile Wayne has got," said Giggs.

"But a two-game ban? I'm surprised by that. It had just never been done before [a player being charged for swearing].

"There was no precedent and that's why we were bamboozled by it."

Rooney has been one of United's form players having netted the winning in their UEFA Champions League success at Chelsea on Wednesday and Giggs knows losing the striker is a blow.

"Obviously it is a blow," said Giggs. "You want your big players flying at this point of the season because it is big game after big game.