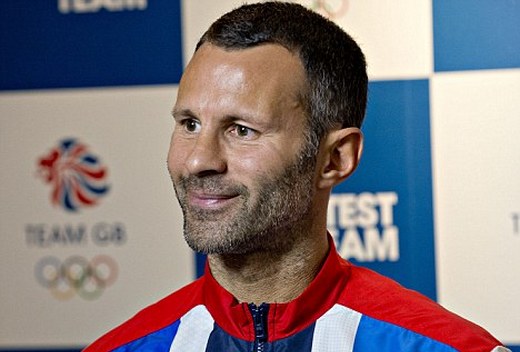 The United veteran, 38, was chosen by manager Stuart Pearce to wear the Team GB armband at this summer's tournament, which kicks off at Old Trafford on July 26 when the hosts face Senegal.

"Obviously I have experience and I can pass that on," said Giggs. "Obviously it is a tremendous honour to be part of the Olympics. Stuart has given me the captaincy, which is even better so I am really looking forward to it.

"It is a unique experience and one from the start that I wanted to be part of when I got the opportunity. I think it just got more and more exciting as the Games got nearer and then when the squads were announced I was obviously really, really proud to be involved."

Giggs is joined by Tom Cleverley in Great Britain's squad, while fellow Reds Rafael and David De Gea will attend London 2012 with Brazil and Spain respectively.