Giggs: Learning about the past 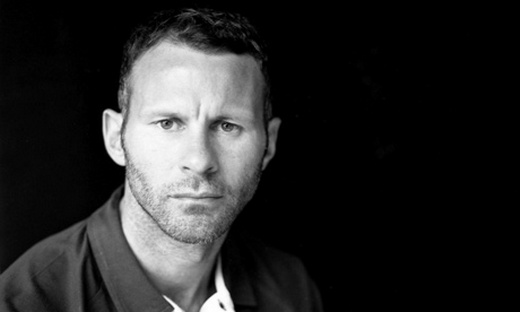 Ryan Giggs tells ManUtd.com how the current players learned about the air disaster in the lead-up to its 50th anniversary (in 2008) and discusses the impact it had on them...

Can you recall when you first learned about Munich?
As a fan growing up, you’re aware of Munich but as a kid you don’t really know too much about it. I gradually learned more as I joined the club full-time and began to see Sir Matt Busby around Old Trafford. I used to see him regularly because the room where we used to pick up our wages as apprentices was near to his office. Then we had Sir Bobby Charlton coming down to watch the youth team, which he still does today. We had never seen Sir Matt manage or Sir Bobby play so we used to ask what they were like. Inevitably, Munich began to come up around those questions and I began to learn more about it.

Patrice Evra has talked about United's "strong identity" and his urge to learn about the club. Do you agree current players need to understand the history?
Yes, I do. New players, especially the foreign players, are joining a club which they think is great and offers them everything that comes from United being successful over the last 10 to 15 years. But also when you actually come to the club, you learn more about the support that we’ve got worldwide and you gather more information about the history. We all watched a DVD about Munich recently. It was really important for the squad to watch that and learn about what happened. Not only about the crash itself but also the success they had before it and how the team moved forward in the aftermath, from winning the next game to winning the European Cup 10 years later.

Did anything surprise you when you watched the DVD?
Yes, there were things I didn’t know about the crash. I didn’t know how soon United played again afterwards, just 13 days later, and that players like Bill Foulkes and Harry Gregg who survived the crash were in the team. I thought that was unbelievable. But it wasn’t just the  Learning about the past

DVD that surprised me. Sir Bobby also spoke that day as someone who witnessed every thing first hand. It was great to hear him speaking about his experiences of playing in Europe at the time and how different it was then. He gave us a picture of how the players prepared for games, for example. Now if we’re playing in a big game like a Champions League semi-final, we’ll watch videos and know everything about the opposition. Everything. Then I think Sir Matt would go on one scouting mission and that would be it. The Babes couldn’t see videos of the players they were up against and the system they used. Once Sir Matt went to watch Real Madrid and when he came back, his players asked him what they were like. He didn’t want to tell them because Real Madrid were that good! It was great to hear stories like that from Sir Bobby. His talk was a real insight into how football has changed and how good that team was.

It must be difficult to appreciate how good the Babes were, when you can only watch a few minutes of footage from the era…
It is difficult. The first thing that struck me was how big Duncan Edwards was, he was massive! Sir Bobby played with Denis Law and George Best but he still regards Duncan as the greatest he played with. He must have been some player, equally at home playing centre-half or centre-forward.

What was the general response from the squad after your meeting on Munich?
It was quiet. At the end, Sir Bobby asked if there were any questions but nobody spoke up. I think the players were still in awe of Sir Bobby talking and still affected by the DVD. I’m sure everyone had a question though and if one person had asked theirs, then everyone else would have done the same. A lot of the players didn’t know beforehand what they were coming in for, they didn’t know a lot about it. After all, some of the players who’ve joined us are from different countries and are still young at 19 or 20. It was interesting to see the effect it had on them. Everyone was moved.

"It was really important that the squad learned about what happened. Not only about the crash itself but also the success United had before it and how the team moved forward in the aftermath." - Ryan Giggs

How important is it for everyone – players and supporters – to know what happened at Munich and the story of how the club recovered?
I think it’s very important, to know how the Busby Babes played and how successful they were before the air disaster and to know how Sir Matt built another great team. There are so many things that are relevant to us today and we need to carry on their legacy. For example, fans want to see young players coming through and doing well which they do on a regular basis at this club. And both as individuals and as a team, we have to play in the right manner, to excite supporters and get people off their seats. That has got to go on because it’s one of the things that sets this club apart. It’s also a club that never stands still, it always goes forward. Sir Alex keeps producing great teams, just like Sir Matt did, and that will go on throughout the future of this club.