Giggs: It's special to rise through the ranks 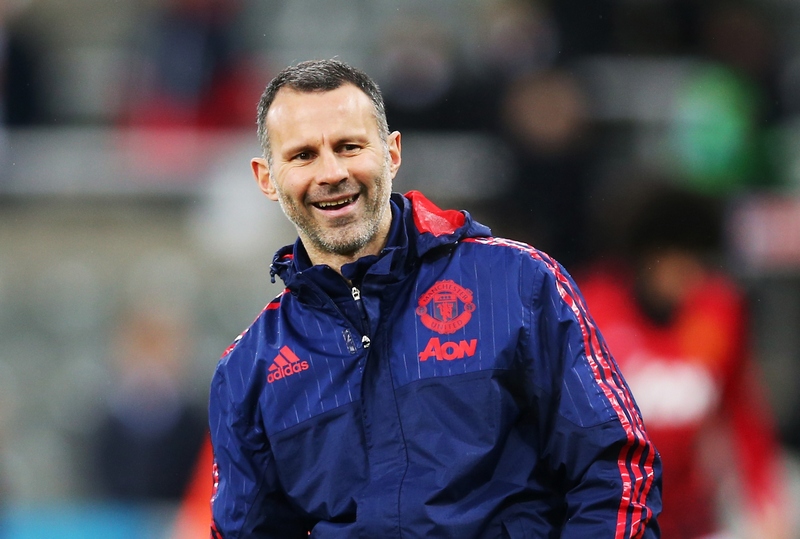 Seeing new faces from Manchester United's academy ranks on the bench or pitch for the first team has been a regular occurrence recently, so it's fitting that the current issue of Inside United features this interview with the man who made the same rapid rise 25 years ago this month, Ryan Giggs...

What do you remember about your first-team debut, back in March 1991?
It probably wasn’t as daunting as it was for a lot of other players because I’d grown up at the club and had been here since I was 12 and played on the pitch many times for the youth team and Reserves team. So I wasn’t starstruck or in awe of Old Trafford – I was fortunate that I grew up in the surroundings. Still though, when you put that shirt on for the first time and you run on the pitch you feel goosebumps, excitement and a few nerves – it was an unbelievable feeling.

What struck you most about that jump up from the youth team to the first team?
The jump from the youth team to the first team was obviously huge, but I was lucky that I had a manager who just told me to carry on doing the things that I’d been doing when I was in the youth team and that’s basically what I did. I tried to be myself and play like I always had done. Obviously there are differences - you’re on TV, playing in front of big crowds of 45,000 or so at the time rather than a couple of hundred people, so there is more pressure, but I didn’t really feel that pressure.

Sir Matt Busby famously gave young players their chance and that’s been a constant theme throughout the club’s history. Do you feel his presence and influence even today around the place?
I think you feel the presence of all the great players and the people who have been involved in Manchester United. Sir Matt was obviously the person who started that success and that generation where you blood young players from the local area or other parts of the UK and that tradition has carried on right to this day. The fans demand it because they want to see young players come through, they want to see one of their own, together with world-class players from around the world.

Sir Bobby Charlton is still a hugely important figure around the club – how would you sum up what he has done for us on and off the pitch?
I was fortunate to be part of an Under-14s tournament in Switzerland and Sir Matt and Sir Bobby both travelled with us. I remember getting to the airport and both of them being totally surrounded by fans. You could feel the love that people had for them, not just in Manchester but throughout the world. Everywhere we travel Bobby is recognised instantly and loved. More often than not the queue for Sir Bobby’s autograph is bigger than the queue for the current players! [Laughs].

Is he the epitome of what this club is all about when it comes to courage and spirit?
Sir Bobby epitomises everything that’s great about the club, from coming into the team as a young player, going through the tragedy of the Munich air disaster and coming back and winning so much. And still to this day he is such a massive influence on the club and is someone who is recognised throughout the world.

Of course, you broke his appearance record in Moscow in 2008. What are your overriding memories from that famous night?
I obviously felt very proud and to break Sir Bobby’s record was something that I never thought I would achieve. To do it on such a great night – winning the Champions League – and sharing it with Sir Bobby was one of the proudest moments of my career.

Taking you back to 1999 and the Treble, bar the Nou Camp and your semi-final goal, what do you look back on as being your favourite memory of that season?
My favourite moment from that season was probably turning down Deansgate in the centre of Manchester on the open-top bus and literally seeing maybe a million people in the streets. I think that’s when it hit home what we’d achieved. It was great to win the league, the FA Cup and then have the drama of the Nou Camp, but to actually share it with the people of Manchester and people who’d come from all over the world to see us come home was incredible. I think the majority of the players were in awe of what they were seeing - you couldn’t see the pavements or the buildings and fans were climbing up lampposts just to get a glimpse of the team. It’s a moment I’ll never forget.

What was the most significant point in that campaign that led to the team’s incredible achievement?
I think it was a combination of many things. The late goals were a massive part of that season - never giving up when it looked like we’d lost and coming back, and of course in the last game of the season [at the Nou Camp] we scored two goals in injury time. That was nothing new for that season – we scored so many late goals and never knew when to give up.

Of course, the Class of ’92 played a huge part in that feat. If you were to describe your story as a group to someone who didn’t know about it how would you sum it up?
It’s a great story! [Smiles] You can get one or two players coming through every couple of years but to have six players who were not only team-mates but friends, and had been friends since they were 12/13 years old, and 20 years later had played so many games for the club and shared so many great moments, and still to do this day are great friends… it’s an unbelievable story. It doesn’t happen very often. It takes us back a little bit to the Busby Babes - that was a similar story when so many players and friends came through and secured their place in the first team. It doesn’t happen very often and when it does it feels special and it was definitely a special time for all of us.

What do you look back on as being your greatest achievement together?
I think our greatest achievement as a group was playing so many times for the first team. It’s not easy to get into the United team, but harder than that is staying in it and keeping that hunger and that desire to want to do it for two, five, 10 years, and that’s what we managed to do.

What’s so special about coming up through the ranks at United?
I think it’s special because you know we’re a club that gives youth a chance and that again goes back to Sir Matt’s days. The fans demand it, they want to see players come through the system, one of their own, and they give you a little bit of leeway in that respect. If you have a misplaced pass or you miss a chance they’re a lot more forgiving because you’re one of them. Just like them you’re a supporter. So it is very special when a young player comes through and establishes themselves in the first team.

What was the difference in why you all made it and others didn’t?
We’re all completely different people and characters but we all had that same desire, not only to get into the first team but to stay there and to win things. We remained good friends off the pitch and still to this day we still share the same jokes, the same sense of humour and are comfortable in each other’s company. I think it was about that desire and hunger to keep going.

Not only did you all achieve so much at United, you all had memorable international careers and have gone on to be successful in the things you’re all doing now. Is a lot of that down to your upbringing at the club?
Yes a lot of the things that we learned, not only in football but in life as well, were as apprentices at Man United. We spent so much time together – we’d sometimes get in at The Cliff at 8:30 in the morning and not leave until 4:30 in the afternoon, so we spent a massive chunk of our early years together. Not only did we win things together we shared disappointments as well. At different times players would be playing well when others might not be playing as well so we helped each other through the tough times too.

Is developing and producing top young players a trait that will always be part of this club?
Yes I think it will always be part of the club’s philosophy. It’s part of the history, it’s what sets us apart from other teams. Yes we can bring world-class players in from around the world but we want one of our own to be performing on that Old Trafford pitch, whether it’s a centre-forward, a winger, a defender… we need players to come through the ranks. That’s a massive part of the United history.

What’s been the biggest difference in the roles this season?
The biggest thing you learn going from player to coach is not to think like a player anymore, but to think like a coach. As a player you’re pretty selfish – you want to do well and you know what you’re capable of doing and how to achieve it. Now, you need to get the best out of 25, maybe 30, different individuals. So you need to find what makes them tick and how you’re going to get the best out of them.

Finally, describe what it means to you to be this club’s most successful ever player?
I’ve been lucky. Of course I’ve worked hard and I had a talent which I made the most of. But I was lucky that I came into a team with such good players during such a successful era for the club. I’m tremendously proud first and foremost to have played for a team that I supported and to have played for so long and won so much is just a bonus. I never, ever took it for granted. I knew it would end sometime so I just wanted to make the most of it while I could. And that’s what I did.