May 5, 2011
Posted by Steven Tan | Source from SkySports.com 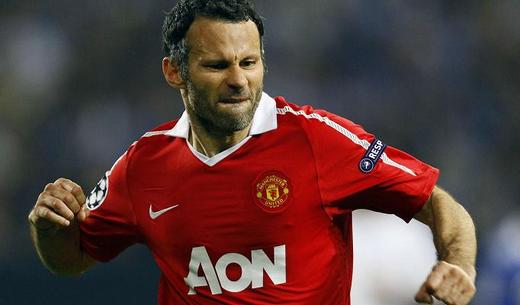 Ryan Giggs says it is a 'tremendous achievement' for Manchester United to have reached another European final.

The Red Devils ensured there would be no late stumble in this season's UEFA Champions League as they ruthlessly disposed of Schalke on Wednesday night.

A 4-1 mauling of the German outfit at Old Trafford put the seal on a 6-1 aggregate success and ensured that it will be United who line up against Barcelona at Wembley on 28th May.

The Red Devils will be gracing the final of Europe's premier club competition for the fifth time in their history and the third time in four years.

Giggs has played his part in helping United to the continental crown on two occasions and has been quick to hail the club's continued dominance of European football.

Giggs is also hoping that United can exact revenge on Barca for their 2009 heartache, when the Red Devils let themselves down on the day.

He added: "It was disappointing that night because we didn't play the football we had played up to the final. We have played some good stuff so far in the Champions League this season, so hopefully we can carry that on."

Another man hoping for a memorable end to a productive season is Chris Smalling, who has enjoyed a dream debut campaign at Old Trafford.

The England U21 international admits his time with the Red Devils has exceeded all expectations, with the opportunity to turn out at Wembley in a European final, the scene of United's 1968 triumph, offering a fitting finale to a fairytale season.

He said: "I knew United would challenge, but to feature so much and to play my part is great. The whole squad has featured all season, which has brought us closer together, so hopefully we can get that medal.

"It's going to be a massive occasion. Obviously Barca have been immense all season, but in a one-off game at Wembley, on our own patch, things will be on our side."