Giggs does not fear Blues

May 6, 2011
Posted by Steven Tan | Source from SkySports.com 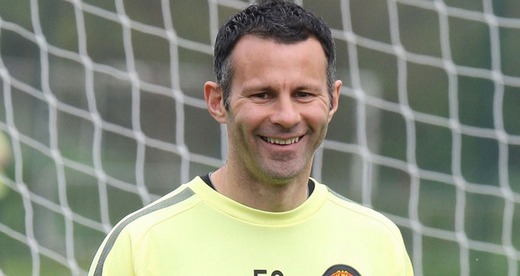 Manchester United midfielder Ryan Giggs claims his side are not worried about being caught by Chelsea and are determined to win their remaining matches.

United face the Blues on Sunday in a showdown for the title, although that appeared unthinkable as Carlo Ancelotti's men trailed the leaders by 15 points when the two met on 1st March at Stamford Bridge.

Chelsea won that match late on 2-1 and a superb run of form has saw them close the gap to just three points, while victory at Old Trafford would put them top of the table on goal difference.

Giggs has been part of several great comebacks in the race for the title in his United days, successfully managing to break down large margins held by Newcastle and Arsenal over the years to clinch the title late in the day.

Victory for United will see them all-but seize the trophy from their opponents and current holders, with the 37-year-old veteran confident that despite some off days recently, they would get the job done.

"We have not thought about losing a big lead," said Giggs.

"We have had some tough games where we have dropped points.

"Newcastle away. Arsenal away. In the Newcastle game we played well.

"There is probably only Arsenal in the last couple of months where we have not turned up.

"Generally our form is good. We are confident we can beat any team at Old Trafford."

United eased their way into their third UEFA Champions League final in four years on Wednesday with a 4-1 victory over Schalke at Old Trafford, and will face Barcelona at Wembley on May 28th.

"Of course reaching the Champions League final will give us a boost," Giggs added. "Hopefully that will help us.

"Like any game we will go out to win it. It will be tough because Chelsea are flying at the moment but, at home, we are confident of getting that win."

Many are predicting that Barca will repeat their triumph over United in Rome in 2009 this time around.

But Giggs insisted that the level of performance shown by their second string against Schalke showed how much strength in depth they had, and that they were ready to give the Spanish giants more of a run for their money this time around.

"If we play to the level of that performance, we will be very difficult to beat," said Giggs.
Benchmark

"That is the benchmark. We have to try and keep to it.

"When you lose a final but play well, you just accept it as one of those things that happen.

"The problem in Rome was that we simply didn't turn up. We failed to produce the football we are capable of.

"Obviously, Barcelona are a very good team and, in Lionel Messi, probably have the best player in the world at present.

"But I am sure this time we will give a better account of ourselves."

If United manage to achieve another double, if will be Giggs' fourth title and second Champions League winners medal since turning 33, something even he admits is a remarkable achievement.

"It is an unbelievable achievement by the team and, for me personally, not something I expected at my age," Giggs continued.

"I suppose you could say it is a bonus, especially considering what some people were saying earlier in the season.

"At United, you are always going to have people knocking you but we weren't playing the kind of football we have played in the past.