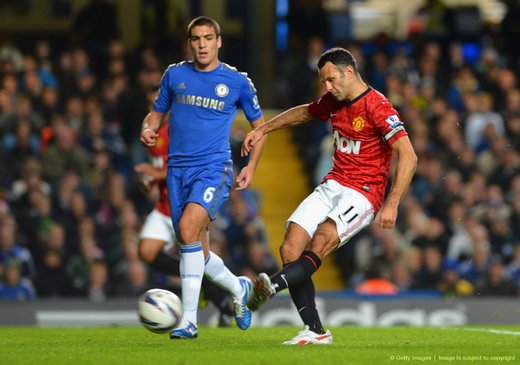 Ryan Giggs admitted United's Capital One Cup defeat at Chelsea was "tough to take," but the veteran took a lot of heart from the performances of some of the squad's younger members.

While the likes of Giggs, Darren Fletcher, Anderson and Nani brought a wealth of experience to the Reds' side, Sir Alex also included a number of his rising stars, namely Michael Keane, Scott Wootton and, from half-time, Nick Powell.

United were just seconds away from going through to the next round of the competition, but an injury-time Chelsea penalty sent the entertaining clash into extra-time with the Blues eventually running out 5-4 winners.

"It's tough to take," Giggs told MUTV afterwards. "When you score four goals away from home more often than not you win the game, but it just seems to be one of those weeks in the Cup.

"We had the game in the bag with seconds to go. We had the ball deep in their half, lost it and they went up the other end and got the penalty. When it goes to extra-time it's anyone's game.

"I'm proud of the young players who played though - there were some great performances. They will have learnt a lot and you learn more from losing as well. You try and take the positives from a game like that but there are a lot of disappointed lads in there and rightly so because they put in good performances. But they'll learn from it and the experience they'll gain from this is more than they could ever get from a Reserve game.

"You try and take the positives from a game like that but there are a lot of disappointed lads and rightly so." - Ryan Giggs

"Out of the two sides they probably had the most experienced players with a lot of quality to come off the bench. They had to stick all their big guns on in the end to make an impact which they did.

"As I said though I'm proud of the young players - they never stopped battling. We're just disappointed to put on a good performance, score four goals and come away with nothing."

Having played over 917 matches for the Reds you'd have thought Giggs would have seen it all in his career, but he admitted afterwards that, even now, the beautiful game still never ceases to amaze you.

"After seeing the Reading/Arsenal game last night nothing should surprise you in football!" he joked. "It was unbelievable and it was similar tonight.

"You've got to be prepared for anything and fight right to the end. Unfortunately it wasn't to be for us. We put so much effort in but we go home disappointed and feel completely different to Sunday [after the league win over Chelsea].

"But we'll take the loss and look forward to the rest of the season because there are plenty of positives to take going forward."