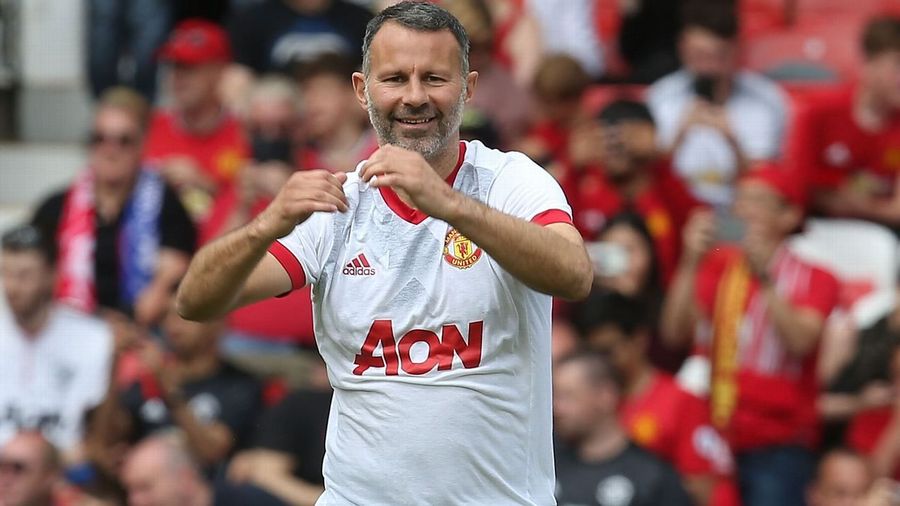 Ryan Giggs has laughed off former Manchester United teammate Roy Keane's claim that he would be worth £2 billion in today's exorbitant transfer market.

Keane has called modern-day transfer prices "mind-boggling" and said "average players" were being sold for between £30-40m.

The Republic of Ireland assistant manager then went on to say his former United colleagues Ruud van Nistelrooy and David Beckham would have been "probably worth a billion," while putting Giggs' market value in his prime at double that.

"He's always spoken a lot of sense has Roy," Giggs said at the 2017 FAW McDonald's Community Awards ahead of the Wales-Austria World Cup qualifier in Cardiff.

"I don't know about two billion, but I think Roy's point was that now you're seeing average players go for massive sums.

"You look back at some of the players we played with -- what would they be worth now? Ruud was an unbelievable goalscorer and guaranteed goals every season.

"I think that was the point Roy was trying to make and he's right because it's just ridiculous. And it doesn't look like stopping, it's just going up."

Keane played down his own value when asked what he would be worth in the transfer marker today.

The former Republic skipper replied: "£3.75m, I think" -- the then British transfer fee United paid Nottingham Forest for his services in July 1993.

Asked how much Keane would be worth, Giggs replied: "You couldn't buy him because you look around the league and who is like him?

"[N'Golo] Kante is a fantastic player but Roy is better. He could do everything.

"When he came to United he was an attacking midfielder going from box-to-box, getting beyond the centre-forward and scoring goals.

"Then he turned into a midfielder who controlled the tempo and with [Paul Scholes] was part of a fantastic midfield."

United did their transfer business early with Romelu Lukaku, Nemanja Matic and Victor Lindelof all coming in before the season started.

"Jose's got the players in he wanted," Giggs said. "He knows Matic and Lukaku and they've started well.

"Lindelof has taken more time to settle and that can happen. It happened with Jaap Stam a long time ago and look what sort of player he turned out to be.

"Also players who under-achieved last year - Anthony Martial and Henrikh Mkhitaryan - have started well and there's real solidity and strength in depth there.

"They are going to need that with the Champions League coming up, but I think it's between them and City for the title."

Giggs' concern about City is whether they are strong enough at the back to keep pace with United.

"The firepower they've got in their front-line can be devastating," Giggs said. "But defensively there are question marks. I like the goalkeeper Ederson, but he's new and then there's the question that City supporters ask every season, 'Can we keep Vincent Kompany fit?'

"I didn't fancy Liverpool before the season started, but they've made some decent buys and kept [Philippe] Coutinho which is a boost for them.

"To win the league you need a top goalkeeper and you wonder have they got that? That would be the only question, but after the business they've done I've probably changed my mind a little bit and they will be in the mix."