Ferdinand: I want to stay at United, just like Giggs and Scholes 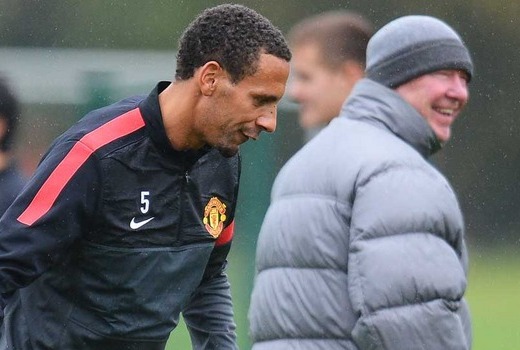 Rio Ferdinand is keen to extend his stay with league leaders Manchester United and is unfazed by a lack of contract negotiations.

The 34-year-old, who arrived at Old Trafford over a decade ago from Leeds United, is remaining patient over a new contract despite his current deal expiring this summer.

Ferdinand said: "Of course I would want to stay, 100 per cent, provided I'm still playing like I am and feeling as good as I am at the moment.

"Manchester United is a great club, the number one, and you would never want to play anywhere else if you can still play for them.

"I want to be able to contribute properly and to be a player they actually need. You can tell if you're not really needed at a club any more. You just know.

"We are not in discussions about a new contract at the moment and I'm fine with that because of the understanding I have with the manager.

"I don't expect to be treated any different to the other older players like Giggsy or Scholesy, who normally sign on again at the end of the season."