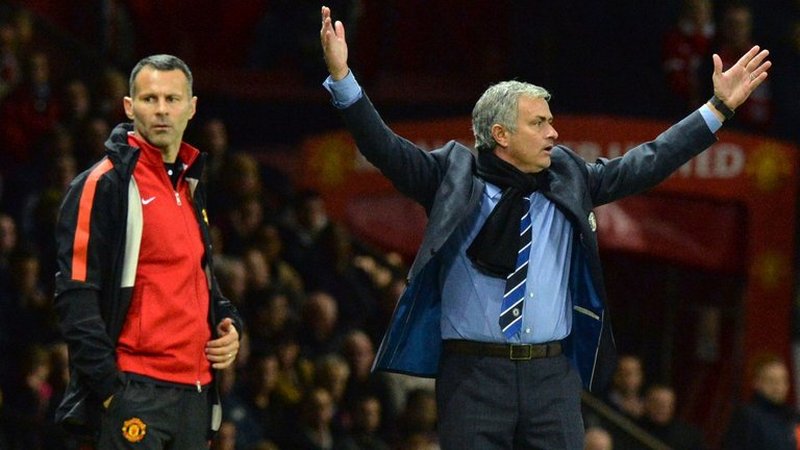 Chris Coleman feels his former Wales team-mate Ryan Giggs could benefit from his 28-year association with Manchester United coming to an end.

Giggs' future at Old Trafford is unclear with Louis van Gaal's reign now over and former Chelsea boss Jose Mourinho, according to Sky sources, set to replace the Dutchman as manager.

Whether assistant manager Giggs, who joined United on his 14th birthday in November 1987 and went on to become the club's most decorated player in making a record 963 appearances, stays at the club remains to be seen.

But Coleman believes Giggs could actually benefit from a change of scenery and prove that is he the man to manage United one day.

"It will be hard for him to leave [United] but it might also give him that little bit of a spark," the Wales manager said.

"It would be a new challenge for him, something different and out of his comfort zone.

"He's a legend at United, but if he goes somewhere else he may find that little bit of a spring in his step. He's never been afraid of a challenge, I know that.

"He's a determined character and it could work in his favour coming away from something he's known for so long because you can get a bit stale.

"I'm not saying that he has, but it might be a bit of a kick-start for him."

Giggs has spent the three seasons since Alex Ferguson's retirement as a player-coach, first to David Moyes, and then as a full-time assistant in the last two years to Van Gaal.

And Coleman has no qualms that Giggs can make the step up and become a manager in his own right.

"As a man, has Giggsy got what it takes? Yes, definitely," Coleman added.

"He's quite quiet but underneath that there is a very determined and strong character and a person the players will like.

"He's got all that experience working with Moyes and Van Gaal, and obviously his time with Fergie as well, and could definitely do the job.

"Whether he's a good coach, I don't know. I've never seen him coach but he can get someone in for that.

"Man United is a massive job. So maybe he would be better going and cutting his teeth somewhere else and proving he has what it takes to then go back there."