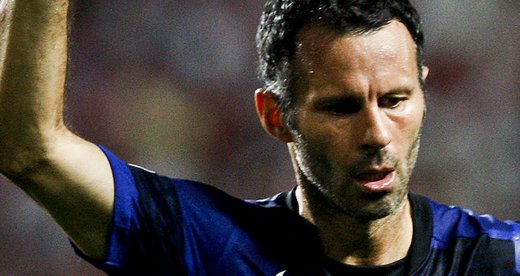 The huge spending by billionaire owner Sheikh Mansour has propelled City into the title race, after years in the shadow of their near neighbours.

The Red Devils are only above their city rivals at the summit of the Premier League on goal difference after a flying start to the season by both teams.

However, while Giggs acknowledges City have some world-class stars, he feels Chelsea represent the biggest challenge as a team.

"It is strange to see Manchester City, especially if you think about the last 20 years where Manchester United have won numerous trophies," said the 37-year-old.

"But the situation has changed. They have plenty of money so they have some outstanding players. But I think Chelsea are more dangerous as a team."

Welshman Giggs also stated his belief that the club are capable of beating their Champions League tormentors Barcelona, while admitting he would like to stay in the game when he does eventually retire.

"They have a really strong team but it's not impossible to beat them. But I don't argue that Barcelona are the best team in the world at the moment. It is a challenge for us to reach their level.

"My next aim? To win the next game and then the following one. That's all. I don't like too far targets.

"I'm sure I'll stay in football [after retiring] because this has been my world since I was 15 years old. I enjoy football as much as I enjoyed it 15 or 20 years ago."