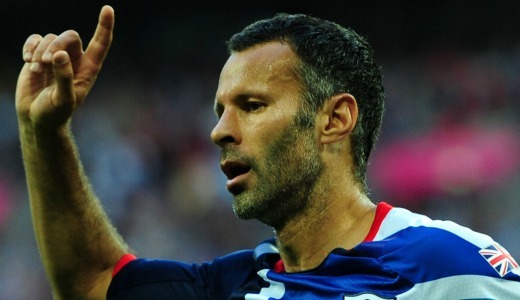 Cardiff City have ruled out mounting speculation linking them with an audacious swoop for Wales and Manchester United legend Ryan Giggs.

And Malky Mackay’s old scoring star Danny Graham, another Premier League player being touted for the Bluebirds,says he won’t be coming to the Welsh capital either.

The Giggs for City rumours have gathered in such pace in recent days that one bookmaker is even understood to be turning away bets on the wing wizard joining Craig Bellamy at his home-town club.

The speculation intensified as a result of Giggs becoming a bit-part figure under Sir Alex Ferguson in recent weeks, with £17million man Shinji Kagawa’s return to fitness over Xmas likely to push the Welsh ace even further down the Old Trafford pecking order.

Giggs, who has always stated he would one day like to play for Cardiff, appears to be coming towards the end of his United career.

Bluebirds boss Mackay is aware of the talk about a January swoop for Giggs, but has privately laughed off the suggestion.

The City boss also reckons any swoop for Graham, who Mackay knows well from their time together at Watford, would prove unsuccessful.

Graham shone under Mackay’s tutelage at Watford, where he became Championship top scorer and clinched a £3.5million move to Swansea.

Like Giggs, Graham is getting little Premier League football at the moment, but Mackay knows he would be wanted by other top flight clubs.

The Echo has learned Mackay does intend to pursue a striker in the January transfer window.

But more realistic targets than Graham appear to be Fraizer Campbell at Sunderland and Bolton’s Marvin Sordell.

There could yet be a cheeky bid to bring Aston Villa’s out-of-favour England forward Darren Bent here on loan.

Graham himself insists he won’t be joining Mackay at Cardiff.

Graham said: “I don’t know where these rumours come from.

“It’s every other day. It was Wolves this week apparently, there was Cardiff, Norwich, Sunderland, Reading, Aston Villa. I have had just about everyone.

“But the gaffer has not said he doesn’t want me at Swansea so I don’t see a reason to be looking elsewhere.”

“The only time I will go is if the gaffer says we have accepted a bid.

“Then there is nothing I can do about that because he obviously doesn’t want me.

“But until that time comes I sense as though I am part of his plans and there is no reason to be looking elsewhere.”