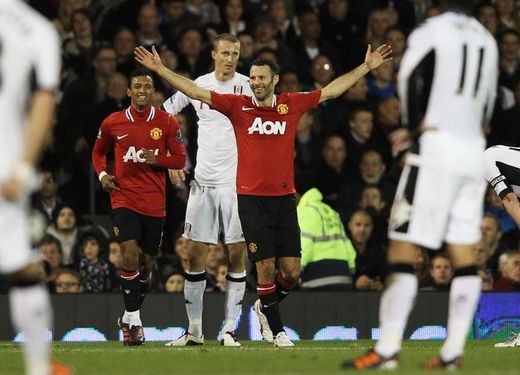 Sir Alex is hoping to convince Ryan Giggs to sign another extended contract at Old Trafford.

The 38-year-old, who kept up his record in scoring in every one of the last 20 league seasons with the deflected strike at Fulham in midweek, has remained in top form this term and the manager sees no reason why he cannot play on for at least another year.

Giggs has already hinted he's willing to postpone his retirement again and there is every likelihood that another deal can be done.

"I think Ryan can play another year," insisted Sir Alex. "There's no evidence at this moment in time that his energy, stamina or speed are decreasing. There's absolutely no evidence at all. In fact, it's exactly the same as it was the last two or three years.

"But, on the evidence of what we're seeing at the moment, I think he can play for another year."