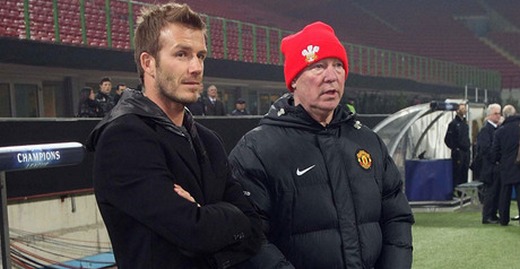 Eight years after he left Old Trafford for Real Madrid, Beckham will fly back to England next week to play for a select Manchester United side against Juventus.

Confirmation of Beckham's participation completes the famed 'Class of 92' that emerged through the Red Devils youth ranks at much the same time and all went on to become United stars.

Ferguson has already guaranteed Ryan Giggs and Paul Scholes will be involved despite their presence in the United squad for the Champions League final clash with Barcelona on 28th May.

And the United boss has promised further big-name representation to provide the appropriate tribute to a player who quit in February after amassing 602 appearances for the Old Trafford outfit.

"With David Beckham coming, along with Nicky Butt, Phil Neville, Scholes and Giggs, it will be a fantastic occasion," said Ferguson.

"It is great to reunite these players together.

"There is no question they created a magnificent spirit in the place when they first arrived in the team.

"It helps us too because Gary's service to the club deserves a good representation from Manchester United.

"He has been a fantastic servant and I hope he gets the crowd he deserves."