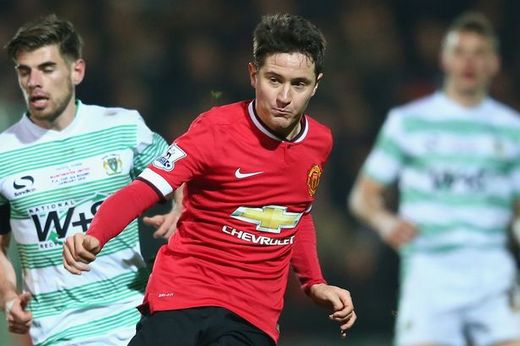 United have not hoisted the cup since 2004 and Arsenal drew level with them on 11 Cup wins last season.

Giggs, a four-time FA Cup winner, was a substitute in the 2005 final defeat to the Gunners and was denied a possible winner in the 2007 extra-time loss to Chelsea, despite his effort appearing to cross the line.

And Herrera, an avid follower of the competition during his time in Spain, agrees United's barren run is too long.

"Of course, Ryan Giggs said to us two days ago that we should not be [over] 10 years without this title," Herrera told MUTV.

Herrera struck the breakthrough goal for United at Yeovil with a marvellous dipping half-volley.

“We are happy, of course, because we won [against Yeovil], but I think we could have done it better in the first-half," Herrera added.

"Then, in the second-half, we tried to give the ball more and be more patient. Of course, we are happy about the FA Cup which is, as I said before, a very, very emotional tournament."

Explaining his goal, Herrera admitted he struck the ball swiftly in an attempt to catch the goalkeeper off-guard.

"I think Fletch [Darren Fletcher] tried to play with Juan [Mata] between the lines, and then it was for me with the bounce," Herrera explained.

"I tried to turn and shoot as soon as soon as possible because I knew the goalkeeper was maybe distracted. It was a very good goal and I am very happy. I hope to score more and always help the team."