Ryan Giggs : My Story, My Life

Ryan Giggs is a living football legend, his new book he celebrates his illustrious career in his own words, contributions of those he's played with and pictures of his greatest moments. 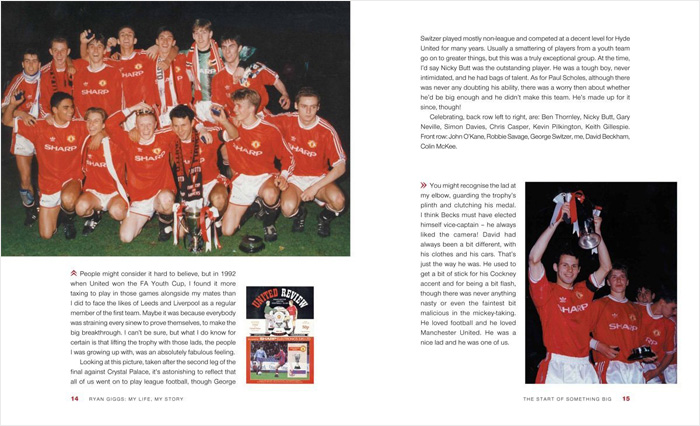 Ryan Giggs's footballing career has been extraordinary. Since signing as a fourteen year old with Sir Alex Ferguson, he has become the most decorated player in English football history and collected eleven Premier League, four FA Cup and two Champions League winners medals, plus some very special memories along the way.

His new book collects all these together and Ryan talks about some of the magic moments that he's experienced with Manchester United and during his international career with Wales. He remembers many of the characters who have helped him become a true sporting greats and offers a fascinating insight into the career of a footballer who has witnessed first hand the dramatic changes in the game over the last twenty years. 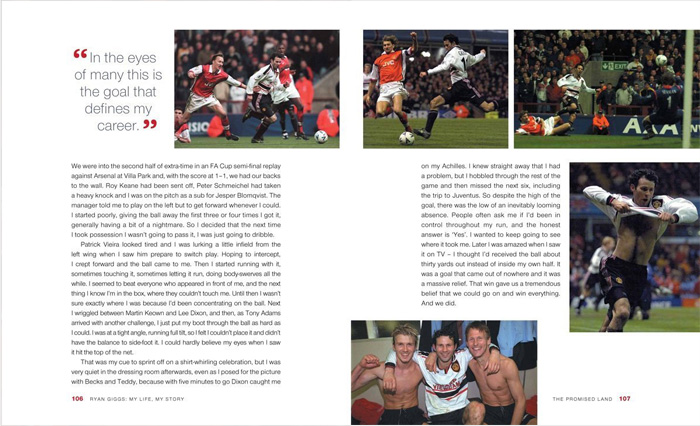 Alongside his brilliant playing career Giggs has found the admiration and respect across the football world, from fellow players and fans alike. The book includes contributions from many of Giggsy's fellow team members such as Paul Scholes, Wayne Rooney, Gary Neville and John O'Shea and also other footballing greats such as Sir Bobby Charlton, Ian Rush and Bryan Robson. 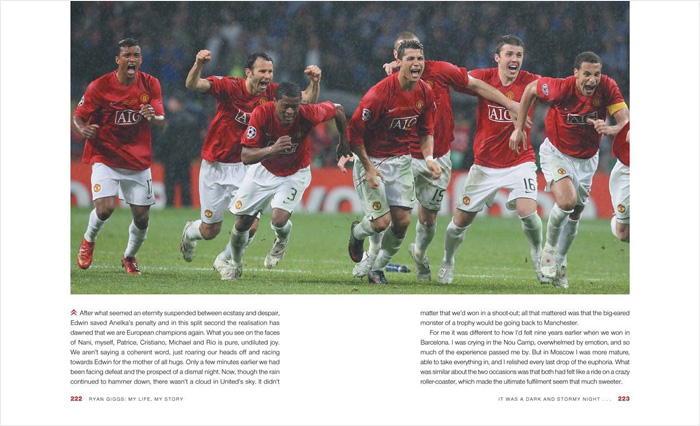 Ryan Giggs was born in 1973 in Cardiff, Wales. After signing for Manchester United on his fourteenth birthday he went on to make his first-team debut on 2 March 1991 against Everton at Old Trafford. He has collected eleven Premier League, four FA Cup and two Champions League winner’s medals in a career spanning twenty years with Manchester United, making him English football’s most decorated player. He also holds the club record for number of appearances. Having received sixty-four caps for Wales, Giggs retired from international football in 2007. He was awarded the OBE the same year and lives with his family in Salford.