Last week against Chelsea in the second-leg of their quarter-final tie the former Wales international winger played mostly through the middle but still emerged head and shoulders above anyone else on the pitch.

Giggs set up both the goals in United’s 2-1 victory over the Blues at Old Trafford and was an imperious figure throughout. In the first-leg at Stamford Bridge the Cardiff-born winger played in central midfield and created Wayne Rooney’s goal.

On Saturday evening Giggs was not part of the United team that played against Manchester City in the semi-final of the FA Cup and his absence was felt. The Red Devils went down 1-0 at Wembley to relinquish their title hopes and one suspects that Giggs could have altered their fortune had they featured in the match. One of the all-time greats, the veteran retains his class even though he is close to 40. 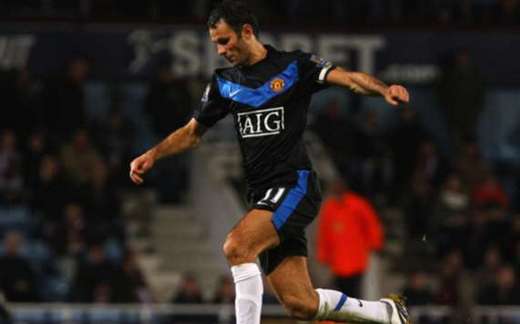 The German international has been in good form this season and he was again at the top of his game on Sunday as Bayern Munich destroyed Bayer Leverkusen 5-1 in the Bundesliga. The striker scored a hat-trick to enhance the defending German champions’ chances of qualifying for the Champions League next season.

The Portugal international was deployed in the defensive midfield position against Barcelona in the Clasico on Saturday evening and he performed impressively indeed. Essentially a central defender, he plays in that position for the Portugal national team but not for Real Madrid, yet at the Bernabeu he excelled, breaking up the Catalans’ moves and expressed his versatility to perfection.

The Italy international destroyed Inter at home on Saturday evening and inspired his team to a 2-0 victory. He scored a goal, went for some great runs, expressed his creativity and was not afraid to take shots.

The former Real Madrid man scored yet again in the Champions League last week as Schalke defeated Inter 2-1 in the second-leg of their quarter-final tie. The Spanish veteran striker had netted against the Italian champions in the first-leg and he is one of the main reasons why the German side have reached the semi-finals of Europe’s premier club competition.

The former Barcelona midfielder proved his worth in the semi-final of the FA Cup as he scored the only goal in the Manchester derby at Wembley. The Ivorian had a brilliant second-half and scored with a lovely finish on 52 minutes.

The Ivorian striker came on against Manchester United in the second-leg of Chelsea’s Champions League second-leg tie last week at half-time and was everything Fernando Torres was not. He scored the equaliser with a ferocious shot and was a handful for the United defence throughout. Then at the weekend Drogba was again on the scoresheet as the Blues defeated West Bromwich Albion 3-1 in the Premier League.