Ryan Giggs: Wales are a team to avoid at Euro 2016

Manchester United assistant manager Ryan Giggs believes Wales are a team every nation will hope to avoid at this summer's European Championship.

Wales will be playing in a major tournament for the first time in 58 years, with England among their Group B opponents.

Giggs, who won 64 caps for Wales, gives England the edge, but feels Chris Coleman's men can shine in France.

"I don't think any team will enjoy playing Wales," he told BBC Sport.

"I think England are the favourites, with the players that they've got, but Wales have got a chance." 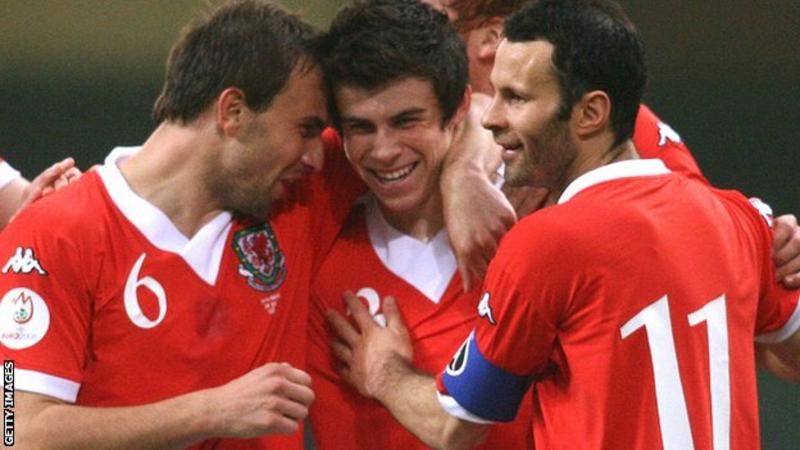 Wales are 'a proper team'

Though Giggs feels England have more strength in depth than Wales, he believes both nations can and should qualify from their group.

"Wales are a proper team - they play as a team, with the added bonus of having Gareth Bale," he said.

"Wales have to get through the group stages but, when they do that, I don't think anyone would like to play a side that has Gareth Bale in it.

"Not just because of Bale. Wales are like a club side, a lot of the players have grown up together.

"The hard part is getting out of the group, but if they can gather momentum, who knows?"

'A lot will depend on the first game'

Giggs, who won 13 Premier League titles with Manchester United, thinks the most pivotal contests for both nations will be their opening fixtures in the 24-team tournament.

"I think how the tournament has changed, with so many teams qualifying, a lot will depend on the first game," he said.

"If England and Wales win their first group game, I think they can both be pretty relaxed when they face each other.

"If they win the first game, they will be more or less through. But if they lose or don't get a good result, the pressure will be on."

Giggs, who was speaking at the start of the search for McDonald's player escorts for Euro 2016, believes Wales are a closer knit-group than their English counterparts.

"Wales are probably more settled than England, with a lot of players who have come through the system, whereas England seem to never know their starting XI," he added.

"Have they played as much as a team, as Wales? No. But if they click, they will be a very good side."