Ryan Giggs has now played with Paul Ince and against his son, Tom It is testament to the longevity of Ryan Giggs that a toddler with whom he once shared a bedroom is now a Premier League opponent.

For the Manchester United winger has now played with Paul Ince and against his son, Tom.

It was back in 1991 that Giggs made his first-team breakthrough at Old Trafford, graduating into a side which included Ince Snr. 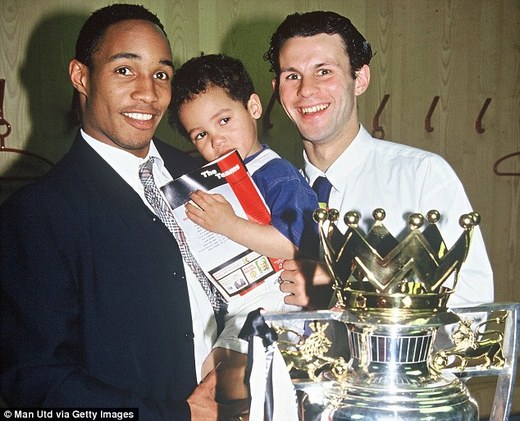 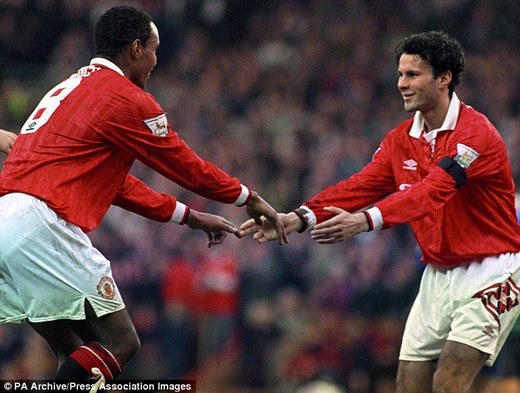 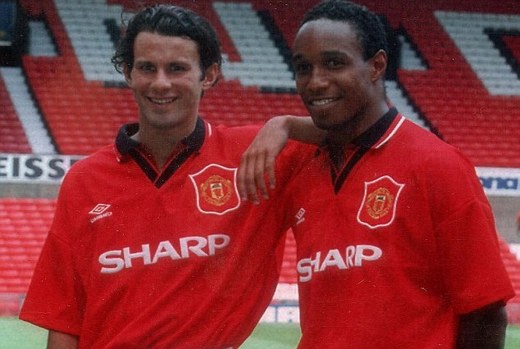 Giggs and Ince don United's new kit in 1994, the year they won the Double 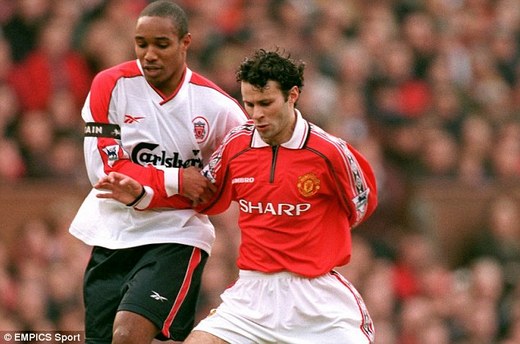 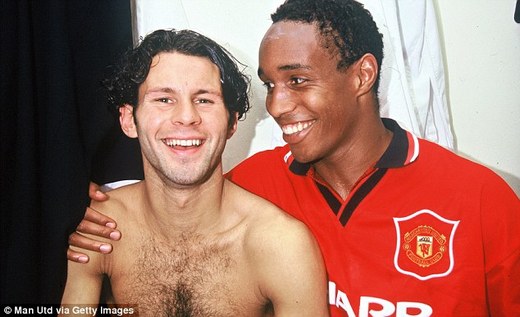 Now, some 23 years later, the United legend has shared a pitch with Ince Jnr after coming on for the final 10 minutes of the 2-0 victory at Crystal Palace on Saturday.

Tom, on loan at Selhurst Park from Blackpool, has never hidden his admiration for Giggs, who was a close friend of his dad during their time at United.

And the 22-year-old, speaking in an interview earlier this season, said: ‘Ryan has been in my life since I was a kid and I remember when he lived with us.

‘I was quite young at the time but he ended up sharing my room, which is pretty amazing really.’

Meanwhile, in the wake of Saturday's meeting, Ince Jnr told South London Press: 'My dad said you’ve just got to go and enjoy these games - don’t get too worked up and focused on the fact it is Manchester United.

'My dad, me and Ryan Giggs are good friends. With the history that me and Ryan have it was fantastic to play against him - he’s twice my age! It was a nice moment.

'I had a chat with him afterwards and he said "You’ve just to keep working hard". That’s what I’ll do.

Two decades on Giggs himself is showing so signs of stopping - what price him turning out against the next generation of the Ince family?