McDonald's is running a once in a lifetime competition for young footballers to share their goal celebrations - could you be in the running to be a player escort?
As any budding footballer knows, one of the best parts of the beautiful game is the rush you get when you've scored a goal.
Whether you're just having a kickabout with your friends, or you're on a team, no one remembers how important this feeling is more than Old Trafford legend, Ryan Giggs.
Ryan said: "Nothing comes close to the emotion you experience when the ball crosses that line."
With this in mind, as well as the next generation of footballers, McDonald's has now launched an exciting campaign to find a team of player mascots for UEFA 2016. 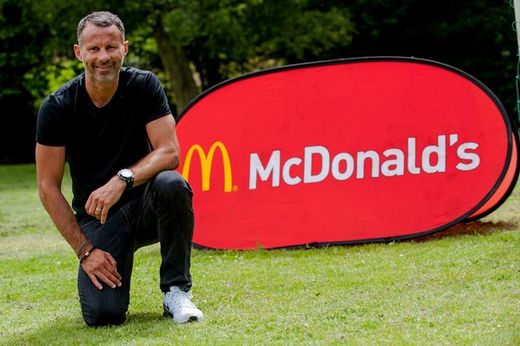 To celebrate the McDonald's community football programme, Ryan Giggs visits Mumbles Rangers who are one of the largest clubs in Swansea.
McDonald’s has now launched an exciting campaign to find one lucky youngster to be a player escort at UEFA EURO 2016.
#CelebrateBetter calls on young footballers and their parents across the UK to share their best goal celebrations.
All those who take part are in with a chance to win a once-in-a-lifetime experience as a player mascot for the tournament, hosted in France from 10 June to 10 July.
To highlight how important and iconic celebrating a goal can be, Giggs, a McDonalds' #CelebrateBetter ambassador, talks about some of the most memorable ones he's experienced in his 25 year career.

"My semi-final goal in the match against Arsenal is often repeated on the TV, but my celebration wasn't premeditated in any way. 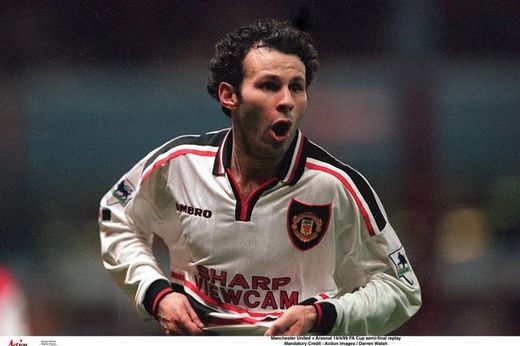 Ryan Giggs celebrates scoring the extra time winner for the Manchester United v Arsenal game
"It was such a huge game with so much intensity surrounding it, that after all the emotion just took over and I just lost it for about 30 seconds.
"The result was me taking my shirt off and waving it round like a maniac!"

But not all enjoyable goal celebrations involve taking off his shirt, and his fellow footballers' have made him laugh with their unique takes on celebrating.
"The last one that made me laugh was Waybe Rooney's against Tottenham last season, when he pretended he'd been knocked out.
"It was different, funny and poked fun at himself."
Rooney was in fact using his goal celebration to re-enact a controversial video in which he appeared to be knocked unconcious by his friend and Stoke City defender Phil Bardsley. 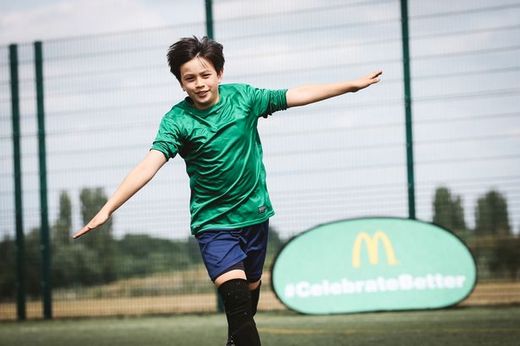 Could you be in the running to be UEFA 2016 mascot?

Giggs also admitted to embarrassingly REHEARSING one particular goal celebration with team-mate Paul Ince back in the day:
“It makes me cringe even thinking about it!
"We used to touch hands and then pull away from each other grinning like idiots. It looks pretty silly now but at the time for some reason we thought it was ultra cool.” 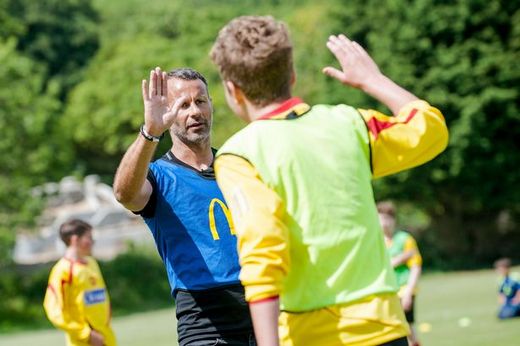 To celebrate the McDonald's community football programme, we are visiting Mumbles Rangers who are one of the largest clubs in Swansea.

Not what it seemed

But some goal celebrations have been done in reaction to other factors at play, and not always celebratory ones.
“Another great goal celebration that sticks in the mind is Temuri Ketsbaia's infamous one for Newcastle when he tore off his shirt and starting kicking the advertising hoardings at St James' Park."
Ketsbaia later revealed his 1998 board kicking was as a result of frustration at being left out of the starting line-up. 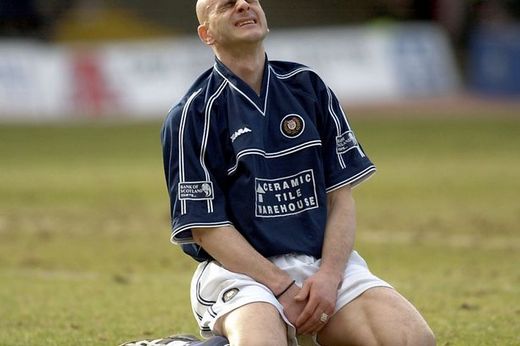 One celebration the Wales' winger admires but could never replicate was the one regularly deployed by his former team-mate Nani.
“We were all astounded when we first saw Nani score because he just suddenly started doing these twisting backflips, the like of which we'd never seen before. 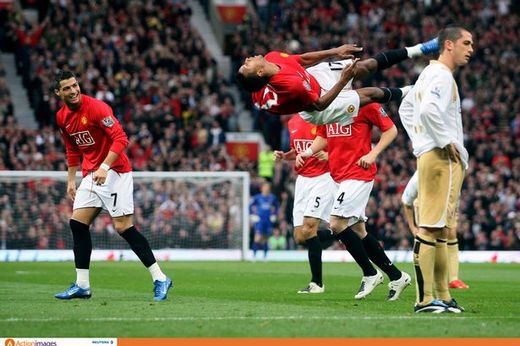 "After the first time he did it we all made sure we gave him plenty of backflip room so that he didn't crash into us.
"Only after he'd completed his backflips did we dare go and celebrate with him.”
McDonald’s head of English football and #CelebrateBetter ambassador, Martin Keown scored considerably fewer goals than Ryan Giggs but savoured every single one just as much.
“I may not have been the most prolific goal scorer and have sometimes been on the receiving end of a few infamous celebrations.
"But I do remember scoring two goals against Shaktar Donetsk in the Champions League and giving Dennis Bergkamp a piggyback round the pitch!” 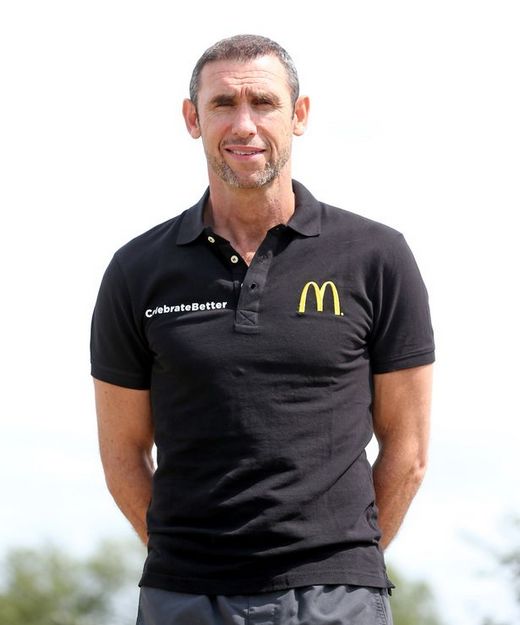 Martin Keown attends Thame FC Ambassador visit to help launch the Celebrate Better campaign for the McDonald’s Community Football Programme
“Another time I scored a goal and ran up to Ian Wright to celebrate.
"He reacted by playfully punching me in the face. I assume it was his own unique way of showing me his approval!”
“One of Ian's funniest celebrations is the one he did when he played for West Ham.
"Wright celebrated scoring by re-enacting the Paolo di Canio push on referee Paul Alcock which had happened the previous week.
"Wrighty was pushed in the chest by team-mate Neil Ruddock before taking a comical tumble to the floor."
“The great thing about goal celebrations is it doesn't matter at what level you play, the pure joy of scoring a goal is something everyone who has ever played football can relate to.”
To enter this incredible competition, parents need to share a picture of their child's best celebration using the hashtag #CelebrateBetter on Twitter or by visiting the Celebrate Better page.