There is a line in Ryan Giggs's autobiography: 'The manager was a guy called Dennis Schofield, a great bloke, a real football man... Dennis was a milkman, but how he ever got his round done is a mystery. He couldn't pass any sort of game without stopping to watch.'

In the index, Schofield's surname is sandwiched between those of Peter Schmeichel and Paul Scholes.

While far from as famous, Schofield's influence on Giggs and the modern Manchester United is due recognition. There is always someone who first sees a magical natural talent and in Giggs's case it was a Swinton milkman who doubled as a Manchester City scout.

At 82, Schofield is still going strong. He remains president of Deans Youth Club, the team he persuaded an eight-year-old Giggs to join some 30 years ago.

Giggs has not forgotten this; he is the club's patron and opened their new facility. Amid Schofield's obvious pride in Giggs's development into a phenomenon of 1,000 games, however, is a whiff of regret that, in the beginning, the boy-wonder left-winger did not join Schofield's club, City.

Schofield thinks that Giggs 'can play for as long as Stanley Matthews', but it is his memory of a small boy that counts for so much.

'I was a milkman then, and I worked for Man City as well,' Schofield recalled of the first sighting of Giggs.

'One day I saw these lads walking out of a local school with their boots. They were about eight, nine and I asked if they were going to play a game.

'I went along to watch and saw this boy on the left wing who was like a gazelle, dynamite. He was Ryan Wilson then, not long moved up to Swinton from Wales.

'I asked one of the teachers if his parents were at the game. They said his mother was. I went over and asked her: "Is that your lad on the left wing?" She said yes and I asked if he'd like to come to our club, Deans.

'I was thinking to myself: "I'm not missing out on this one." 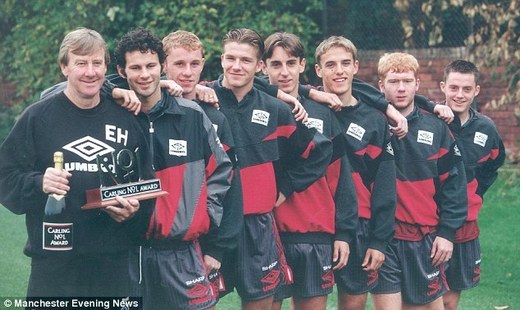 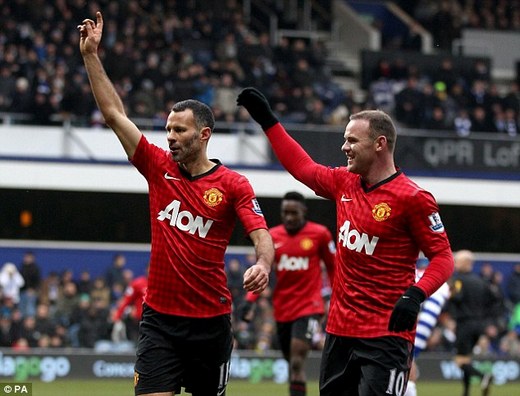 'She agreed and I told them I'd pick Ryan up on the Thursday to go training. He joined in and right away everyone could see how good he was, that balance. His attitude was great. Everybody liked him.

'He asked if his brother Rhodri could come along and he did. Everybody liked him too.

'Ryan joined our nine-year-olds and he was brilliant. His control, his pace - remember that goal he scored at Tottenham all those years ago - that's what he had.'

Schofield had had trials for Bolton and once played against John Charles in the British Army Cup final. He knew a talented Welshman.

As he became a scout he said that he could see 'a little bit of something in a boy that others might not. I can tell a player but I can also discard a player. Ryan was never going to be a discard.' 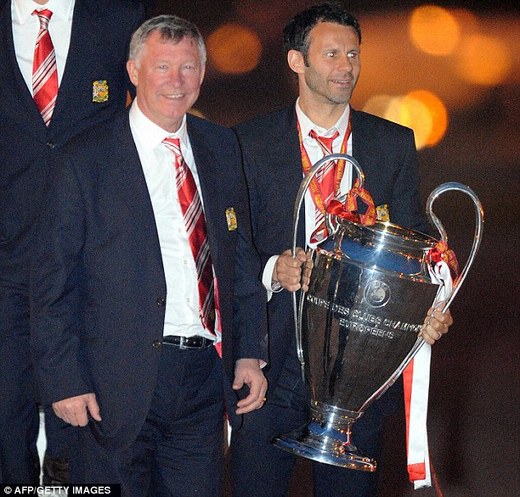 Been there, done that: Giggs (right) holds the Champions League trophy in 2008 after beating Chelsea in Moscow

Iconic: Giggs scored the winning goal in the 1999 FA Cup semi-final to see off Arsenal

From Deans Youth Club, Schofield took Ryan Wilson to Manchester City. He had big hopes of City signing the young Giggs, even if in his book Giggs said that he always favoured United.

'For years we used to go to the Isle of Wight for a weekend tournament,' Schofield added.

'When we first took Ryan everybody asked: 'Who's that?!' The next year we took him people actually left the games they were watching to come and see Ryan.

'That's a fact, that. Scholesy and the Neville brothers were there with a team from Oldham but nobody shone like Ryan. He was out of this world.

'At nine I had him down at City. They rolled out the red carpet for him, those comedians Little and Large, big City fans, they put down a red carpet for him too. For many years there was a photo on the wall at City of Ryan playing for them. 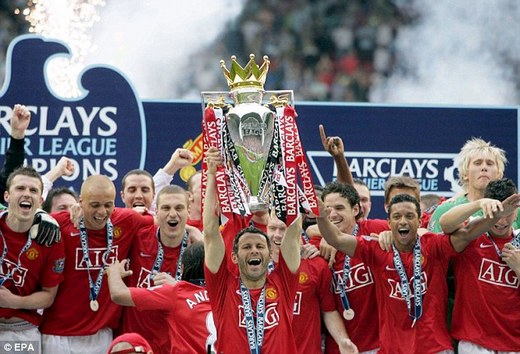 Achievements: Giggs lifts the Premier League trophy in 2008 after helping United to years of dominance 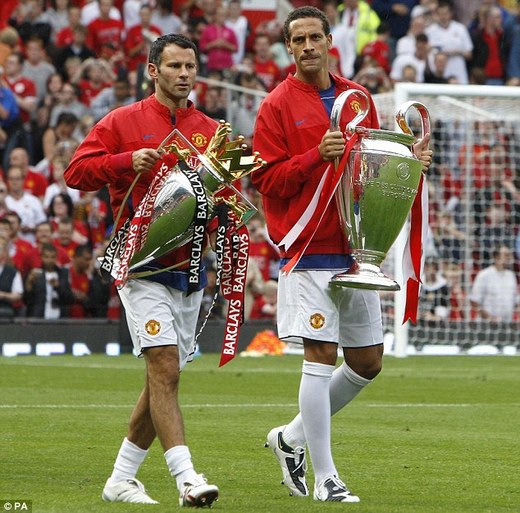 Stalwarts: Giggs and Rio Ferdinand (right) parade their spoils on the pitch at Old Trafford 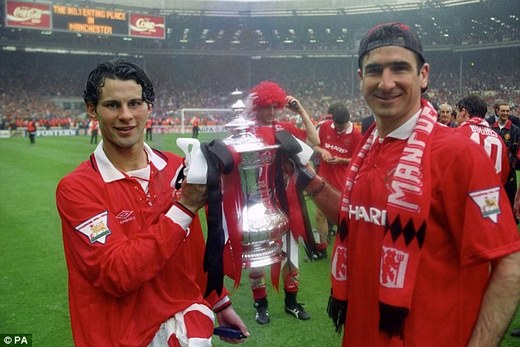 Fresh faced: A young Giggs poses alongside Eric Cantona in 1994

'I said to Ken Barnes (City's chief scout) at the time: 'On Ryan's 14th birthday make sure you are in his house because United are tapping him.'

He said that City had already spoken to Ryan's Mum and Dad and that 'it's sorted'. On the morning of Ryan's 14th birthday Alex Ferguson and his chief scout Joe Brown were in his house and signed him.

City's men were in their office. 'For that calibre of boy you need to be first, there, sitting on them. Ryan was a United fan but I was very disappointed with City. I left them as a result.'

Via Blackburn Rovers, with Brian Kidd, and a season at United, Schofield is back at City. He is a City man, understands the pull of club ties in Manchester and there was some weariness when he said: 'Ferguson's pinched another one, a boy of 12, 13 who's a really nice player. 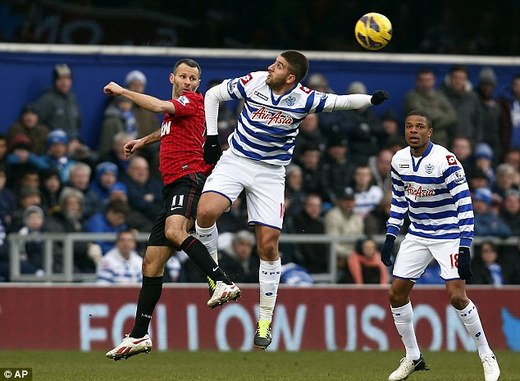 Proud: Schofield is glad to see Giggs grow into the superstar he has become today

'I recommended him to City but United got there first - you have to get there first, though the lad's from a United family.'

Even at his grand age, Schofield shares the competitive edge of Ferguson and the boy he parked his milk float to watch 30 years ago.

'I've stayed in touch with Ryan the whole time, he still comes down the club the odd time,' he said. 'I've watched him grow into a superstar.'

Other awards
OBE for services to football: 2007
BBC Sports Personality of the Year: 2009