Ryan Giggs at 40: What happened to the rest of the Manchester United team on his debut Phil Jones would struggle to recall team-mate Ryan Giggs's first ever game for Manchester United. The defender wasn't even born when the wing wizard first took to the field in that famous red strip as a 35th-minute substitute in United's 2-0 defeat to Everton on March 2, 1991 at Old Trafford.

Another current team-mate Nick Powell, on loan at Wigan, was also not born until three years after he replaced the injured Denis Irwin that afternoon, a player who would go on to win the treble with Giggs in 1999.

Giggs had to wait two months for his first senior start and, starting as he meant to go on, with it came his first goal. Giggs has been credited with the only strike in a 1-0 derby win against Manchester City on May 4, although it is has since been suggested it was a Colin Hendry own goal.

Even after his first-team call-up and despite becoming a permanent fixture in Sir Alex Ferguson's side in the 1991-92 season, Giggs still played regularly for the youth team and captained the side to the 1992 FA Youth Cup victory.

But what of his former team-mates on that very first game? One of them is no longer with us. Goalkeeper Les Sealy went on to join Aston Villa shortly after Giggs broke into the senior side, finished his career at West Ham staying as their goalkeeping coach, but died of a heart attack in 2001.

Some continued involvement with the club, drawn by the magnetic allure of Ferguson, after they ended their playing days. Defender Clayton Blackmore left United in 1994 and went to manage in North Wales, but rejoined the club as coach of their Under 15s.

Forward Brian McClair moved to Scotland to join Motherwell in 1998 but is now the director of United's youth academy. Irwin, who stayed at United until joining Wolves in 2002, works as a pundit for MUTV.

Gary Pallister was also one of those who played alongside Giggs and had a glittering career winning four Premier League titles, three FA Cups, a UEFA Super Cup and Cup Winners' Cup and a League Cup before leaving the club in 1998 and retiring in 2001. 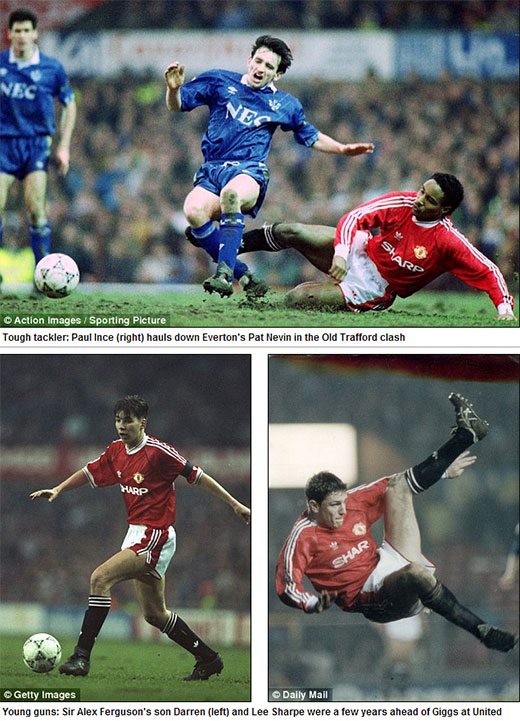 That team-sheet from Giggs's first ever match includes Paul Ince, who went on to play for Inter, Liverpool and Middlesbrough, amongst others. He won 53 caps for England and is now manager at Blackpool.

Ferguson's son Darren, a midfielder, was also in the side. He was only 19 at the time and failed to make it at United, moving on to long spells at Wolves and Wrexham before becoming a manager, now in his second spell at Peterborough.

Defender Mal Donaghy left United in 1992, shortly after Giggs broke through, to join Chelsea. He is now coach of the Ireland Under 19s. 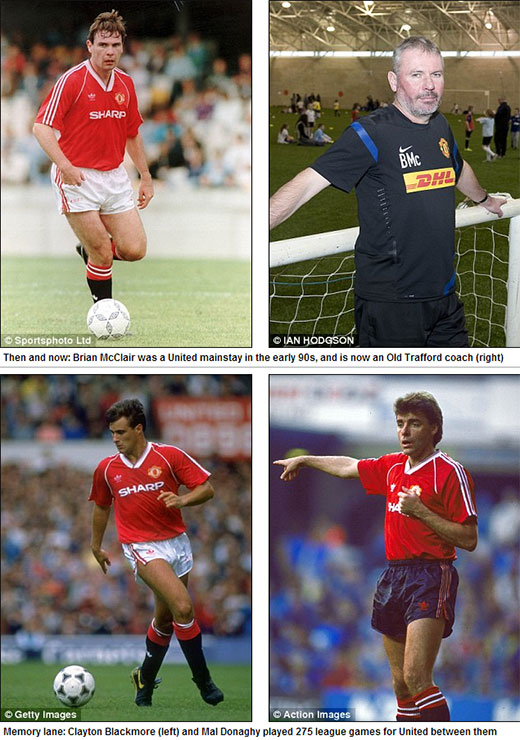 Striker Danny Wallace was forced to retire from the game in 1995 due to being diagnosed with multiple sclerosis. He set up the Danny Wallace Foundation to help raise money for those suffering from the illness.

Russell Beardsmore is now, 22 years after that match, Bournemouth's Disability and Social Inclusion Officer and the final of those 11 players, Lee Martin, helps young people to get employment and qualifications in Cheshire.

While those 12 lives have gone in vastly different directions, Giggs is still going strong back where it all started: at Manchester United. 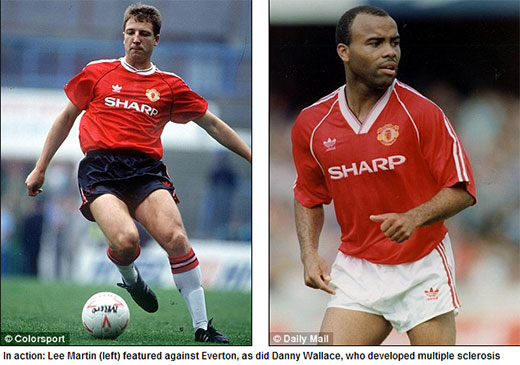 The 40 best pictures of Giggs's career