Manchester United earned another victory to savour against Liverpool with Anthony Martial scoring on a dream debut to ensure a 3-1 triumph at Old Trafford.
The visitors looked to have set up a nervous finale when Christian Benteke's spectacular strike replied to earlier goals by Daley Blind and Ander Herrera. However, Martial took centre stage by announcing his arrival with a superb solo third.
David De Gea made his return in goal but was a bystander for much of the first half as United dominated possession but, without injured skipper Wayne Rooney, failed to test Simon Mignolet.
The visiting keeper still looked edgy with Juan Mata intercepting an early clearance and presenting a great chance to lone striker Marouane Fellaini, who lifted it well off target. Unfortunately, that proved to be the only opening of the half with the Merseysiders content to hold United at bay.
Nathaniel Clyne mustered a rare attempt from long range on 19 minutes and a Memphis Depay cross was diverted behind Mignolet's goal but there was little in the way of genuine excitement. For all the Reds' dominance of the play, there was a sigh of relief when Benteke broke clear on goal and the offside flag was raised, even if the striker screwed his finish wide in any case. 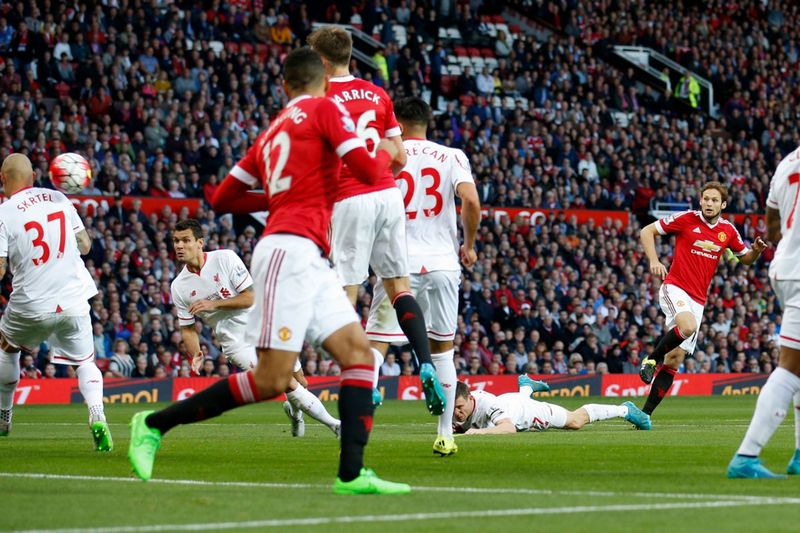 As in the last game at Swansea City, the Reds started the second period with a goal. Half-time substitute Ashley Young, on for Memphis, was fouled by Clyne on the edge of the box and Mata rolled the free-kick to an unmarked Blind. The Dutch defender directed an unerring finish into the top corner of the net with Mignolet well beaten.
The crowd erupted and the players responded with a spell of concerted pressure but Bastian Schweinsteiger was unable to control the ball when in a dangerous position. Back came Liverpool and De Gea's poor clearance eventually led to a Roberto Firmino cross that was well cleared by Chris Smalling. De Gea made a superb stop when clawing away a Danny Ings effort at the far post, following great chest control by the ex-Burnley striker, and, after Young sent a free-kick over the bar, Blind had to clear off the line when Martin Skrtel's header bounced goalwards off Firmino. 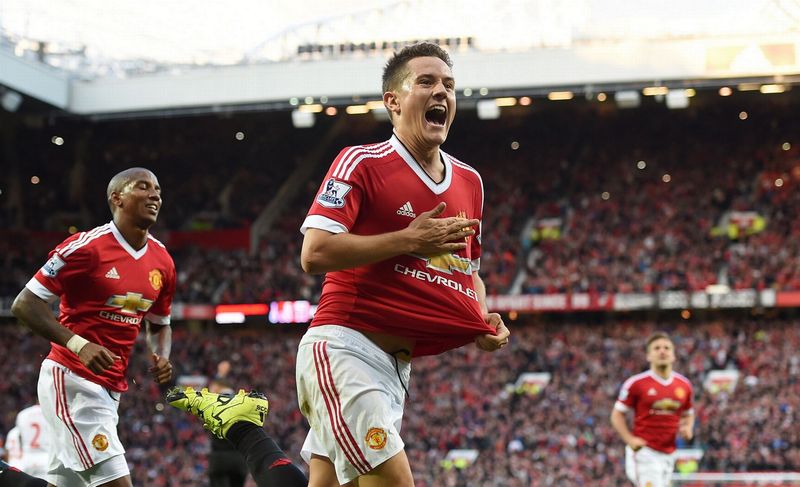 Martial was introduced for his debut in place of Mata and the hosts soon went further ahead when Michael Carrick's astute pass fed Herrera inside the box. The no.21 was felled by a reckless sliding tackle by Joe Gomez and referee Michael Oliver pointed to the spot. With his friend Mata off the pitch, up stepped Herrera to smash the ball past Mignolet. 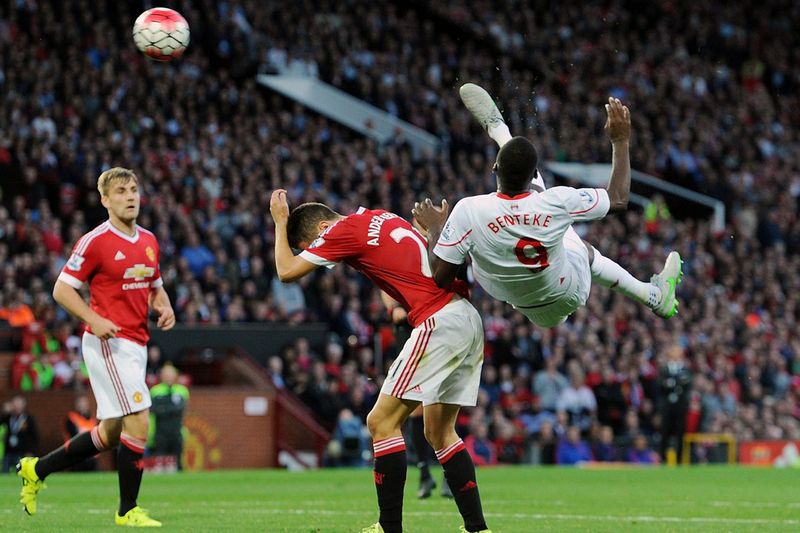 Benteke headed over as Brendan Rodgers' men tried to find a route back into the match and substitute Jordon Ibe worked his way past Shaw only to find a diving De Gea equal to his powerful drive. It did not stop Liverpool pulling one back as Benteke launched into an acrobatic volley that ensured he scored in his third successive match against United following his exploits with Aston Villa. 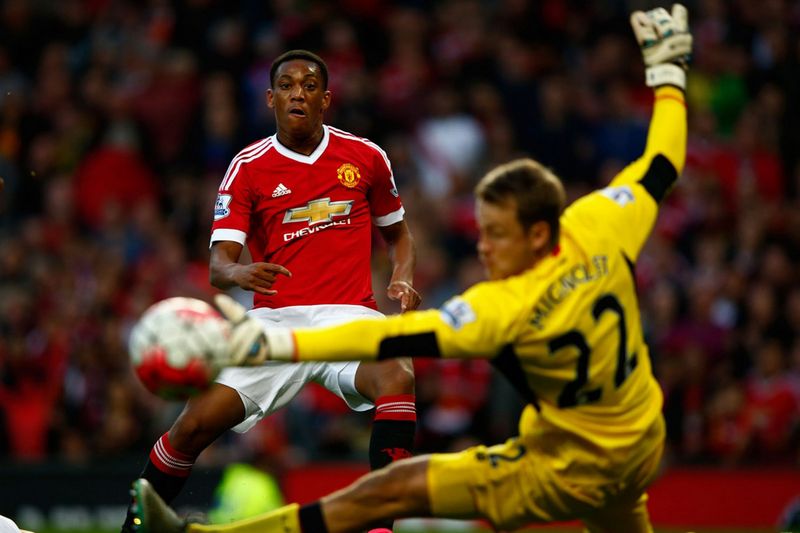 Thankfully, any tension was soon lifted by the majestic Martial who danced through the Liverpool defence and planted the calmest of finishes wide of Mignolet to spark wild celebrations in front of the adoring Stretford End. It was a moment of sheer genius and promises much for the future, instantly affording him hero status with the fans.
The manager left the field to the cries of "Louis van Gaal's red-and-white army" at the end after a day to remember at the Theatre of Dreams.

Louis van Gaal: "We controlled the match until the first goal, and after that we brought Liverpool again into a match. But we have scored wonderful goals and then the entrance of our player, Anthony Martial, only 19 years old, and he scored with his second or third touch and the way he did it was fantastic."

Brendan Rodgers: "We were back in the game at 2-1 and looking like we could get maybe get something but we then conceded within a minute or so, and so the game is dead. There was plenty of effort and plenty of commitment but we need to be better with the ball."

MAN OF THE MATCH VOTE

Manchester United vs Liverpool ALL GOALS

#MUFC earned another victory to savour against Liverpool with Anthony Martial scoring on a dream debut to ensure a 3-1...

Posted by RyanGiggs.cc on Saturday, September 12, 2015