Manchester United and Chelsea played out a 0-0 draw under the floodlights at Old Trafford, as the Reds stayed in sixth place in the Barclays Premier League.
Both sides had clear opportunities to win the game and Louis van Gaal’s men will be frustrated not to have capitalised on some fine first-half play.
The boss was given a much-needed boost before kick-off with both Bastian Schweinsteiger and Matteo Darmian returning to the side, following suspension and injury respectively. Wayne Rooney and Morgan Schneiderlin were also reinstated to the Reds' XI as Memphis, Michael Carrick, Marouane Fellaini and Phil Jones all moved to the bench. 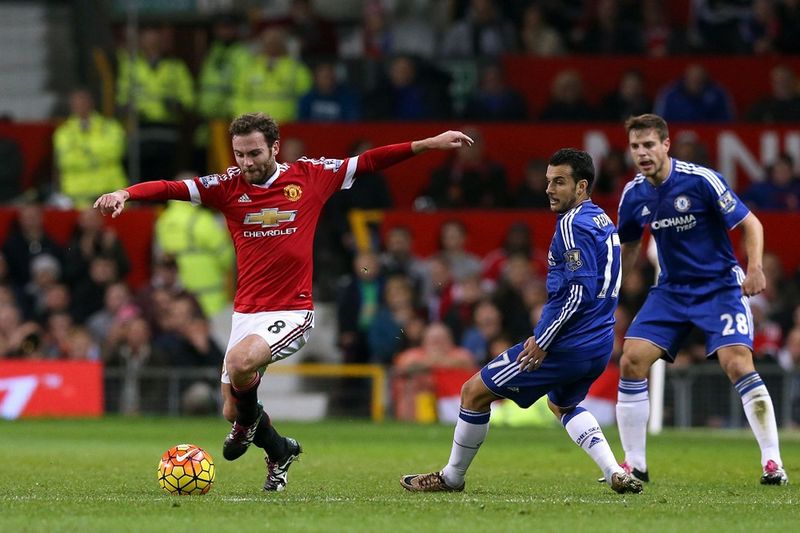 A raucous atmosphere greeted the referee's whistle as the home side began very much on the front foot – the Reds had a point to prove. Indeed, not two minutes had passed before van Gaal’s men created an opening as Juan Mata's stinging drive crashed against the post, with Thibaut Courtois well beaten. A brief period of pressure followed, with United evidently desperate to inflict an early blow on the visitors, but it was Guus Hiddink's men who would threaten next. 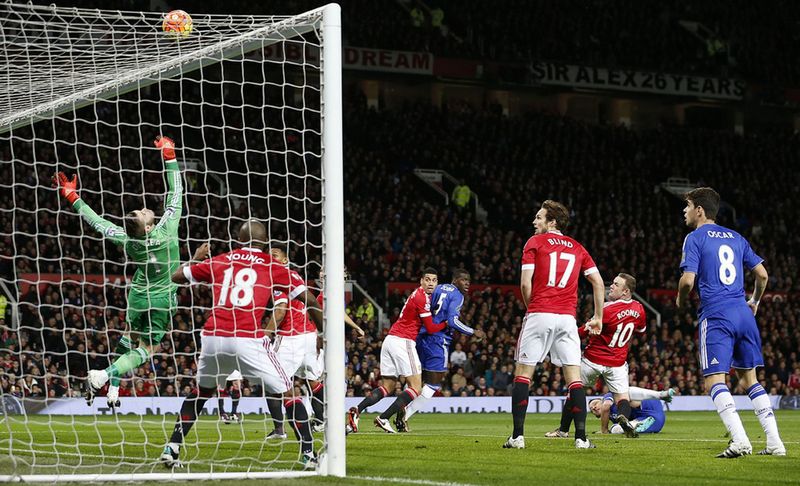 Daley Blind was deceived by the flight of a long ball, allowing Eden Hazard to race through on goal and win a corner in front of the Stretford End. The danger persisted as, from the resultant dead ball, John Terry forced David De Gea into an excellent reaction stop to keep the scores level. The game continued at this frenetic early pace for the next 20 minutes as United tested Chelsea's resolve with a series of dangerous long-range efforts. Schneiderlin was first to try his luck with a strike that whistled wide, before superb trickery from Anthony Martial proved too much for Blues defender Branislav Ivanovic as the Frenchman marched into the area before firing his shot against the post.
With red shirts possessing no fear in flooding forward throughout the half, Mata was the next United man to find himself in space on the right wing, but his cross was headed clear by Terry as Rooney waited to pounce. Minutes later and Rooney had his chance, this time an effort from distance which forced Courtois into action once again. A Chelsea counter-attack was then halted by a brilliantly-timed challenge from Ashley Young, before the game morphed into a cagier affair with bookings for dished out for Smalling, Schneiderlin and Jon Obi Mikel as the score remained goalless at the break.

Possession: United 68% Chelsea 32%
Shots at goal: United 8 Chelsea 3
Shots on target: United 1 Chelsea 1
Corners: United 3 Chelsea 2
The match restarted with the visitors this time quicker out of the traps and looking fresher than the Reds. Shortly after kick-off, Hazard weaved his way through the United defence and teed up Pedro, whose shot was parried clear of goal but into the path of Cesar Azpilicueta. The left-back then struck a first-time effort at De Gea, who was again up to the task with another fine save. 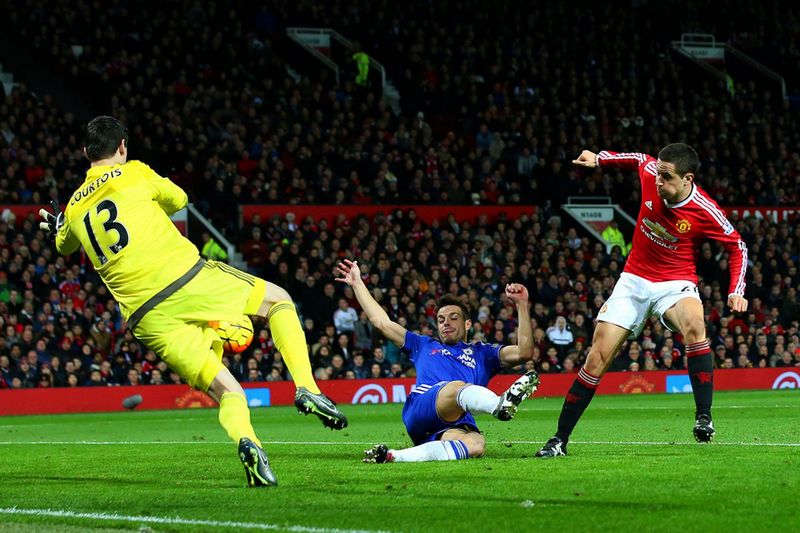 Thankfully, United rode the brief storm and on 56 minutes created a gilt-edged opportunity that Ander Herrera could only aim straight at Courtois following more magic from Martial on the left-hand side. A big penalty shout swiftly followed with replays suggesting that Willian had handled the ball as the Blues cleared the danger from a Reds corner, but referee Martin Atkinson was unmoved. 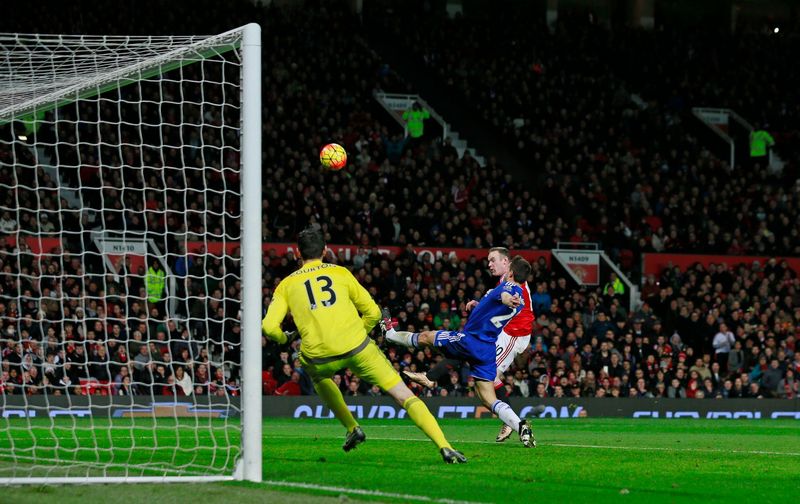 Van Gaal’s men were soon appealing for a penalty once again after Mata was brought down under a challenge from Azpiliceuta, but not before Nemanja Matic had wasted probably the game's best opportunity – blazing over with only De Gea to beat after a swift Chelsea break.
The match then descended into something of a lull, with substitutes from both sides only serving to fragment the ebb and flow of the game that had been bubbling nicely early on. United were still controlling possession, but had only registered two shots on target that will no doubt frustrate the manager.
With the clock ticking, the Reds continued to probe and fashioned another presentable chance on 86 minutes when Rooney volleyed over from substitute Cameron Borthwick-Jackson’s pinpoint left-wing cross. It was a chance that prompted forays forward from both teams, which ultimately came to nothing as the spoils were shared.

Rooney: "We're going through a tough time but we've all stuck together and put up a great fight. It's a disappointing result as we dominated the game but that's football."

Van Gaal: "We were the dominant team, we created chances, we hit the post twice and only gave three chances away. So we are forcing the luck but still don’t have the luck we need."

The effort could not be faulted and the losing run has been halted but #MUFC will be disappointed not to have three points to show at the end of today’s entertaining game.