Manchester United got back to winning ways and earned a first victory at Goodison Park since 2011 thanks to goals from Morgan Schneiderlin, Ander Herrera and Wayne Rooney.
It was the perfect way for the Reds to return to Barclays Premier League action following the international break and a chastening 3-0 defeat at Arsenal last time out. The result also maintained pressure on the leaders, Manchester City, who secured a comfortable 5-1 win over Bournemouth at the Etihad Stadium. 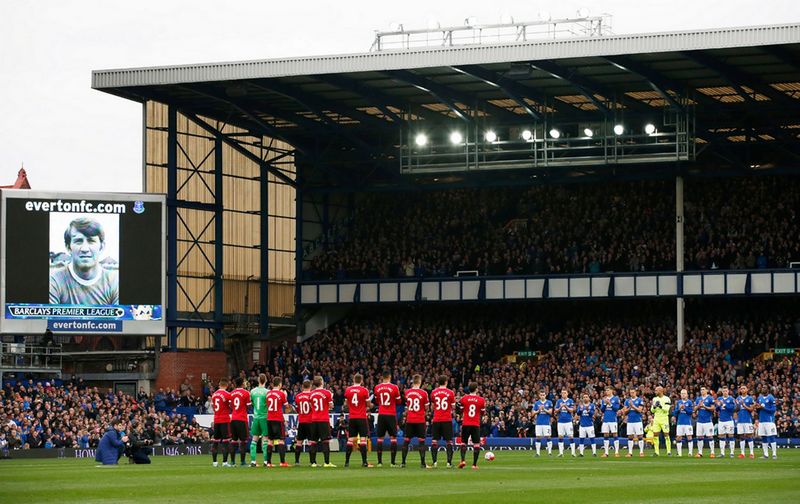 Saturday's match was tinged with emotion with the news that Howard Kendall, the former Everton player and manager, had died at the age of 69 and the players wore black armbands as a mark of respect. A minute’s applause also preceded kick-off at Goodison Park, where Louis van Gaal made four changes to his starting XI by recalling Phil Jones, Marcos Rojo, Schneiderlin and Herrera. 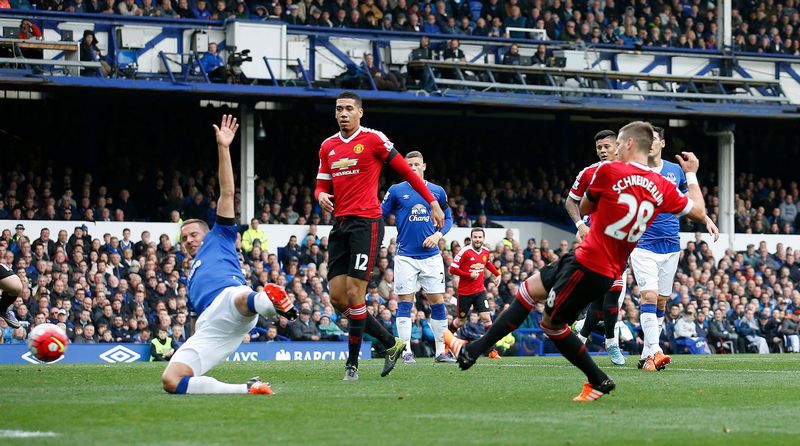 A slow start in the previous game at Arsenal allowed the Gunners to score three times in the first 20 minutes and the manager demanded a much-improved opening on Merseyside. He got his wish, too, when Chris Smalling chested Rojo’s shot towards Schneiderlin for the Frenchman to bag his first competitive United goal with a cool finish on 18 minutes. Herrera doubled the lead four minutes later when the Spaniard stormed into the area to head Rojo’s fine cross past former Reds goalkeeper Tim Howard. 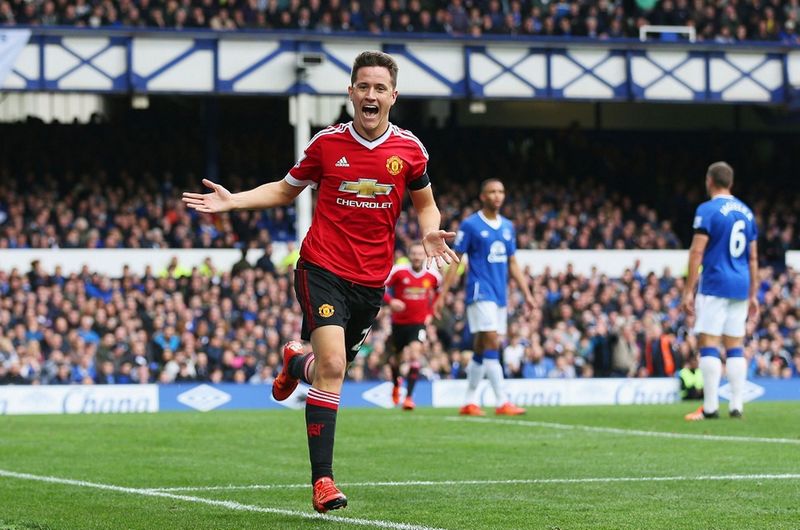 Jones briefly left the action on 30 minutes to stem the flow of blood pouring from his nose, which was the result of an increasingly physical first half that also saw David De Gea and Anthony Martial temporarily go down with knocks. Although Everton pressed for a goal before the break, the closest they came was a powerful effort from Ross Barkley that was clawed away by De Gea on 45 minutes.

Possession: Everton 44% United 56%
Shots: Everton 5 United 6
Shots on target: Everton 0 United 4
Corners: Everton 3 United 1
The second half began with Jesse Lingard replacing Juan Mata to make his first appearance since his first-team debut on the opening day of 2014/15, when he suffered a serious knee injury, and the 22-year-old Academy graduate was quickly needed in defence as Everton piled on the pressure, going close to scoring when Romelu Lukaku’s shot was brilliantly saved by the left boot of De Gea. 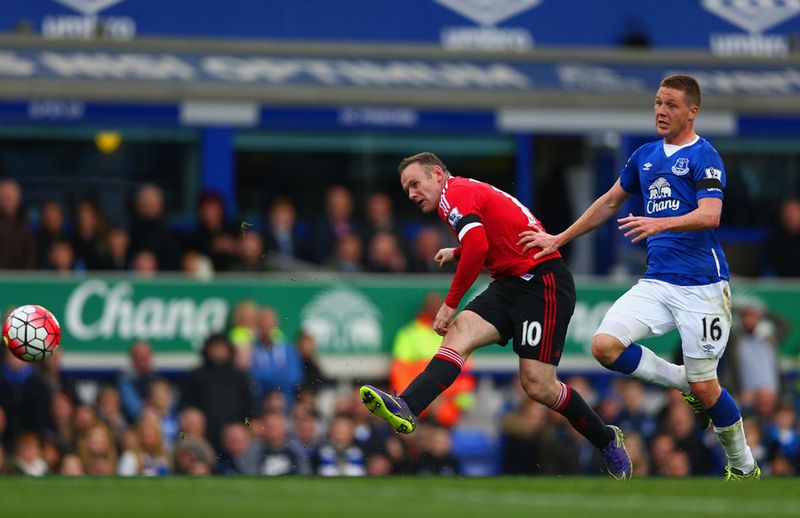 United stood firm and scored again after the hour-mark when Phil Jagielka’s wayward pass fell to Schneiderlin on the halfway line, from where he fed Herrera on the right. The Spaniard slipped a neat ball forward to Rooney and the ex-Everton striker executed a fine finish past Howard. Wayne is now second in the Premier League goal charts and level with Andy Cole with 187 to his name, although he still has some way to go before catching Alan Shearer's record of 260.
Barkley, the promising England international who was arguably Everton’s best player, hit a rasping free-kick onto the roof of De Gea’s goal on 80 minutes before Marouane Fellaini replaced Herrera to receive a respectful ovation from the home fans who used to cheer his name. The Belgian's presence in midfield allowed United to consolidate an excellent win, another clean sheet and three more Premier League points.

Wayne Rooney: Great performance to get back to winning ways. It was sad news to hear about Howard Kendall this morning, condolences to all his family.

Chris Smalling: Best way to respond with a convincing victory! We leave happy and already targeting our next win.

Jesse Lingard: Great win and good solid performance, happy to get 45 minutes under my belt, we go again next week.

Marcos Rojo: What a victory and great team effort. We'll keep on fighting!

Morgan Schneiderlin: Great win and great performance from the team. Buzzing after my 1st goal!

Everton vs Manchester United ALL GOALS

Manchester United got back to winning ways and earned a first victory at Goodison Park since 2011 thanks to goals from Morgan Schneiderlin, Ander Herrera and Wayne Rooney.