Manchester United must overcome a shock first-leg defeat to FC Midtjylland in order to progress to the Europa League Round of 16, after a disappointing 2-1 loss at the MCH Arena.
Memphis Depay opened the scoring on 38 minutes after converting Jesse Lingard's cross, a goal which was quickly cancelled out by Pione Sisto's deflected effort on the stroke of half-time. United looked the more likely to convert after the break, but Paul Onuachu's strike was enough to give the hosts an advantage. 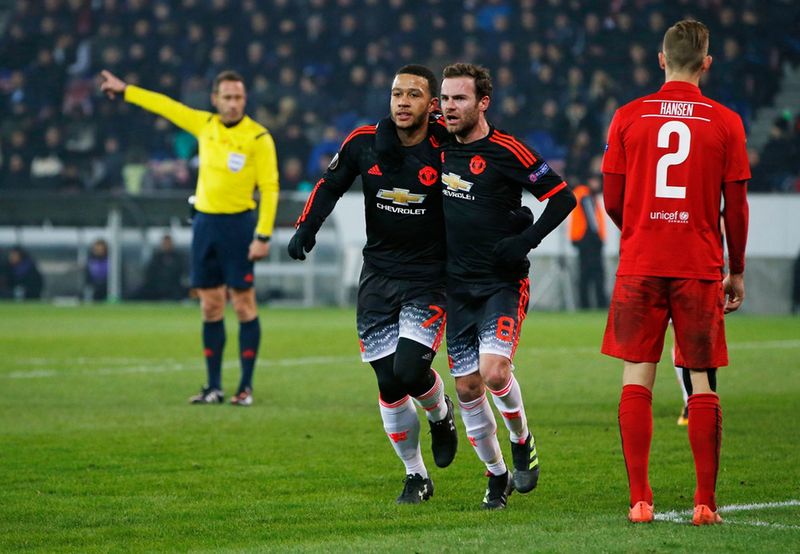 Ahead of the game, Louis van Gaal made four changes to the team that lost at Sunderland last weekend by handing young defender Donald Love a first start at right-back, with Paddy McNair, Ander Herrera and Memphis also named in the line-up. A fifth change to the teamsheet was then made late on, after David De Gea was injured in the warm-up and had to be replaced by Sergio Romero.
After a cagey opening period, the first chance fell to Memphis on eight minutes with the winger's close-range shot being diverted away for a corner after a pin-point pass from Lingard. The Reds almost took the lead from the resulting set-piece, as Juan Mata found space at the near post but saw his shot well saved by Mikkel Andersen.
Midtjylland were equally keen to make their attacking intentions known, and were inches away from converting a corner of their own just three minutes later, only for Romero to save superbly from Kian Hansen. In an open contest, both sides continued to threaten from dead-ball situations, and it was another corner which brought the next opportunity. Smalling ghosted in unmarked to meet Mata's deep delivery, but his header flashed across the face of goal and was cleared to safety.
There were chances at either end with 10 minutes of the first half remaining as Memphis's free-kick forced a good save from Andersen, allowing the hosts to counter through Vaclav Kadlec and he was then denied by Romero after racing into the United box. 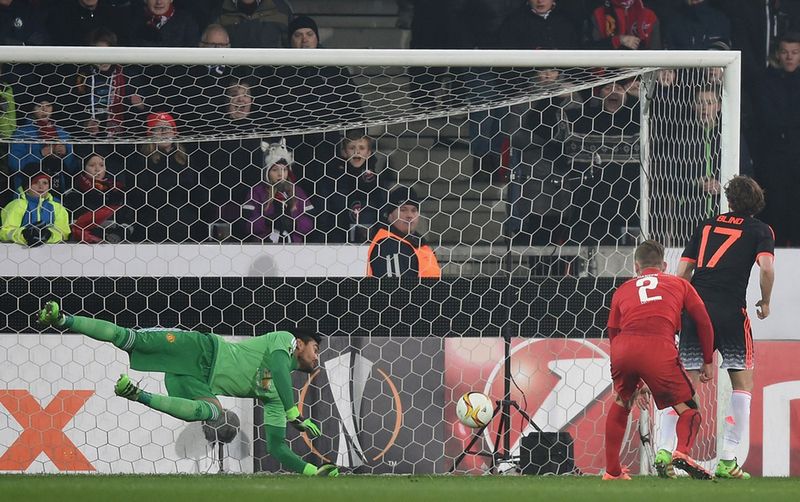 Just 56 seconds later though, the Reds were ahead. Lingard broke down the right-hand side and produced a low cross for Memphis to scramble home his sixth goal of the season, much to the delight of the travelling fans. Van Gaal's men were pegged back just before the break though, as Sisto cut out Michael Carrick's pass and fired past Romero with the help of a deflection off Smalling.

POSSESSION: Midtjylland 38% United 62%
SHOTS: Midtjylland 4 United 7
SHOTS ON TARGET: Midtjylland 3 United 3
CORNERS: Midtjylland 2 United 5
The setback before the break didn't appear to unsettle United, and it wasn't long before the Reds created another opening. Great footwork from Anthony Martial on the edge of the area allowed Lingard an effort on goal, but the winger's 20-yard strike sailed over the bar. 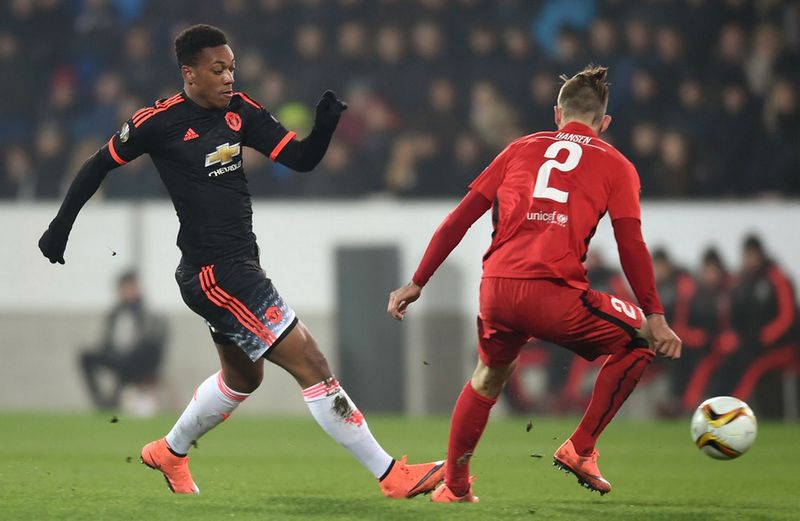 With United pressing, Mata almost restored the advantage on 52 minutes after finding acres of space in the box, but could only head Memphis's cross wide. The Reds were on top and came even closer to a second, as Lingard's vicious drive came back off the crossbar following an excellent diagonal ball from Herrera.
While the woodwork had come to Midtjylland's rescue, it took a piece of brilliance from Romero at the other end to deny what looked a certain goal. In a rare attack from the home side, Onuachu rose highest to meet a cross but the Argentinian keeper produced a diving save to claw the header around the post. 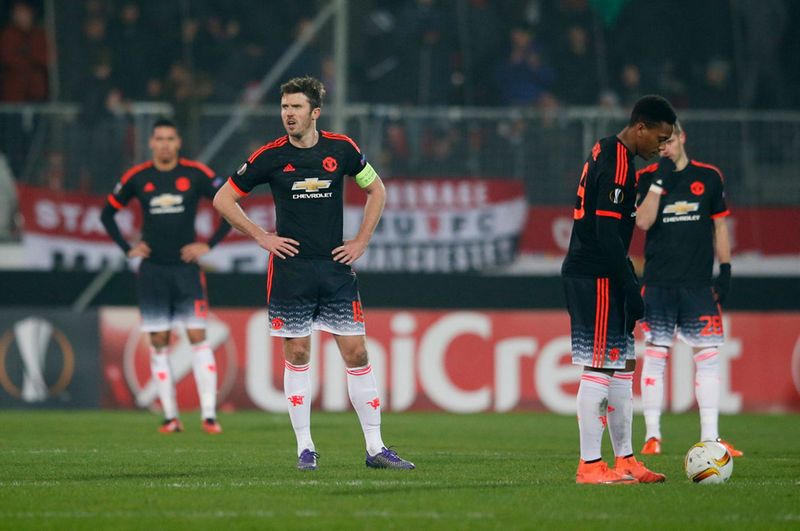 A roll of the dice saw Morgan Schneiderlin and Andreas Pereira introduced for the final stages, but the Reds were dealt another blow 13 minutes from time. The substitute Onuachu picked up the ball on the edge of the area and fire a low drive into the corner, leaving United in need of a grandstand finish.
Carrick, captaining the Reds in the absence of Wayne Rooney, had a final opportunity to salvage a draw but headed over the bar to leave the tie well and truly in the balance.

#MUFC must overcome a shock first-leg defeat to FC Midtjylland in order to progress to the Europa League Round of 16, after a disappointing 2-1 loss at the MCH Arena.