Manchester United's goal drought ended in dramatic fashion as Wayne Rooney's header in front of the Stretford End secured a 1-0 win over CSKA Moscow in the Champions League.
The Reds had not found the net in consecutive matches against Manchester City, Middlesbrough and Crystal Palace, which was a cause for concern ahead of this crunch tie in Group B. Although it took 80 minutes to find a breakthrough at a rain-sodden Old Trafford, the captain eventually delivered the goods to achieve a result that places the Reds top of the pool following Wolfsburg’s 2-0 defeat at PSV Eindhoven.
Louis van Gaal made three changes to his starting XI by recalling Ashley Young, Michael Carrick and Jesse Lingard, while crucially sticking with the under-fire Rooney up front. The United and England skipper almost scored in the third minute when his left-footed shot flashed just wide of the post, prompting audible cheers of his name from the Old Trafford faithful who were so eager to celebrates goals from the no.10. 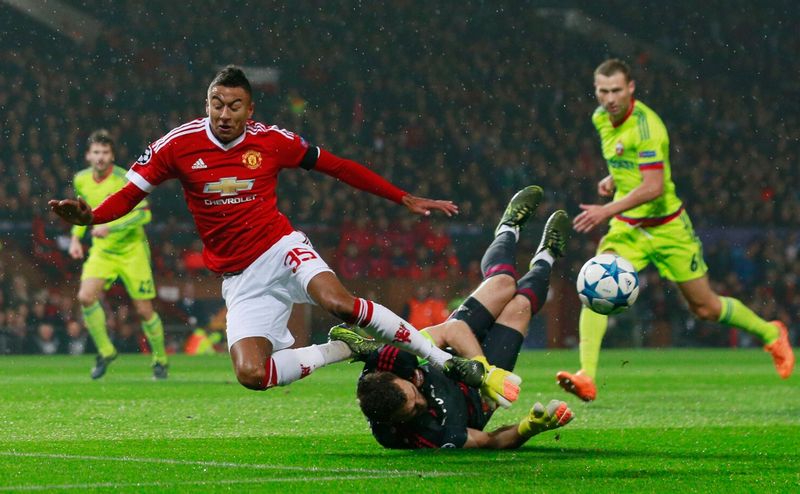 Lingard unsuccessfully appealed for a penalty moments later and quickly hit another effort wide of target, before a fine long ball from Daley Blind on the halfway line led to Juan Mata forcing a decent save from goalkeeper Igor Akinfeev on 15 minutes as the Reds pressed for a first goal since Anthony Martial’s header in the previous fixture against CSKA at Arena Khimki, some four matches ago.
United completely dominated the first half - both in terms of possession and shots at goal - but were guilty of missing genuine opportunities with Rooney’s free-kick bouncing wide, Lingard’s second shot flying over and Marcos Rojo’s back-post volley missing the target from close range. It was undoubtedly a much-improved performance from the Reds, with just the finishing touch lacking. 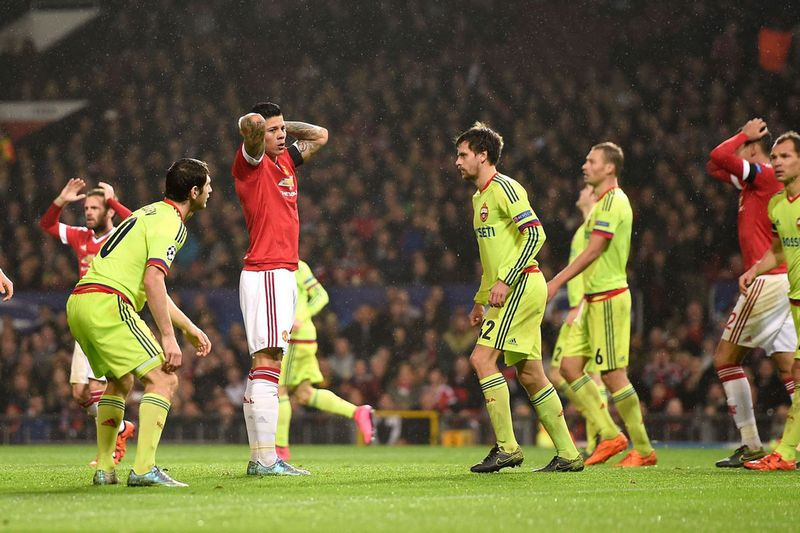 Possession: United 73% CSKA 27%
Shots at goal: United 8 CSKA 0
Shots on target: United 2 CSKA 0
Corners: United 4 CSKA 0
The second half began as the first left off, with the Reds missing further chances to score as Rojo nodded wide from just outside the six-yard box before the Argentinian - who used to play for CSKA’s rivals Spartak Moscow - supplied a cross from which Martial headed at the goalkeeper. The Frenchman might have done better, yet his pace and energy suggested more chances would come. 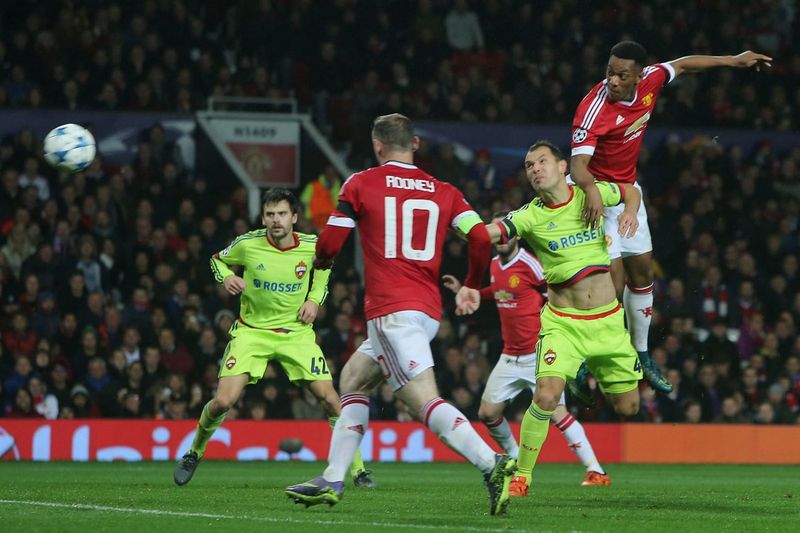 The visitors were defending with all 11 men behind the ball and they rarely ventured past the halfway line, except for the odd counter attack, which posed a conundrum for United. How do you break down a stubborn Russian defence? Van Gaal introduced Marouane Fellini for Martial on the hour mark and the deadlock was almost broken moments later, when Rooney received the ball from Mata inside the six-yard area but was unable to move his feet quickly enough to execute a shot, much to his frustration.
Memphis, who had scored Champions League goals against Club Brugge and former club PSV, entered the fray on 74 minutes and his cross soon led to Carrick firing wide from range. CSKA then went close to causing an upset when Seydou Doumbia forced an excellent save from De Gea before the scorer on matchday three hit a shot on the rebound that was sensationally cleared off the line by Chris Smalling. 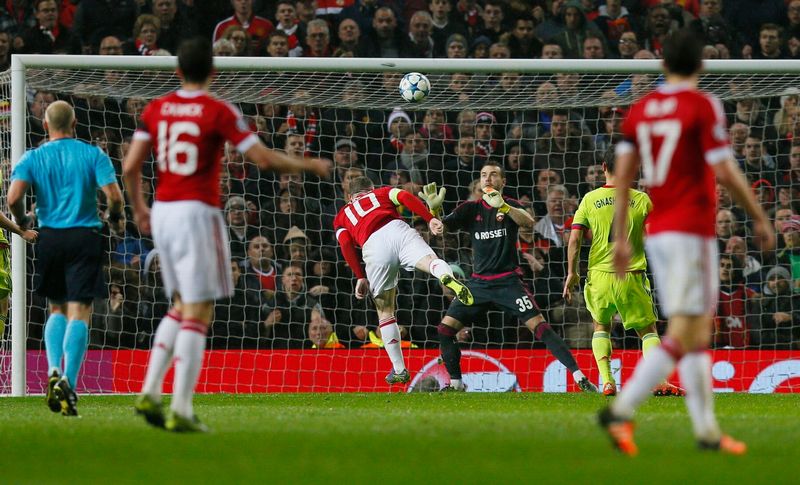 The eventual breakthrough could not have been scripted better – Rooney popped up inside the area to head Lingard’s excellent cross past the goalkeeper in front of a jubilant Stretford End, where the captain celebrated by running to the corner flag and wildly punching the air. It was a moment of relief and ecstasy, but more importantly it was a goal that earned three invaluable points in Champions League Group B.

Van Gaal: "It was a fantastic goal; the preparation was fantastic. The tackle of Marcos Rojo, the pass of Michael Carrick, the cut-back of Jesse Lingard and the header of Wayne Rooney. It was fantastic."

Schweinsteiger: “For us it was very important to win that match at home. Also, in the group, we are now at the top and we have to win the next match against Eindhoven, but the situation is much better now.”

Lingard produced a brave and combatic performance that impressed followers of the club's official Twitter account, who voted him their star man ahead of fellow nominees Smalling and Schweinsteiger.

#MUFC's goal drought ended in dramatic fashion as Wayne Rooney's header in front of the Stretford End secured a 1-0 win over CSKA Moscow in the Champions League.

Posted by RyanGiggs.cc on Tuesday, November 3, 2015