Manchester United's bid to reach the Champions League knockout stages will go to the final matchday after PSV Eindhoven battled their way to a goalless draw at Old Trafford.
Louis van Gaal’s men dominated the proceedings but found the Dutch visitors in resolute form, with goalkeeper Jeroen Zoet denying the likes of Anthony Martial on several occasions.
The result leaves United in second place in Group B, one point behind leaders Wolfsburg, who beat CSKA Moscow earlier in the evening, and a point ahead of PSV. The Reds travel to Germany in two weeks’ time, with the top three teams still in contention to qualify.
Van Gaal made four changes to the side that beat Watford, with Matteo Darmian and Marcos Rojo plus fit-again Martial and Wayne Rooney coming in for Ashley Young, Phil Jones, Ander Herrera and Juan Mata.
United saw nearly all of the ball early in the game but were unable to create any clear-cut openings. Off the pitch, the seventh minute heralded a touching visual tribute to a club icon as fans around the ground switched on their smartphone torches to mark the 10th anniversary of George Best’s passing. 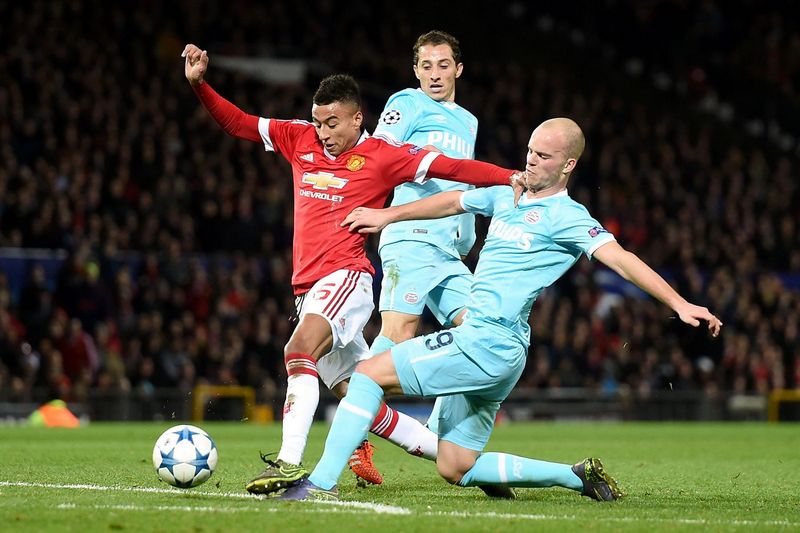 The Reds’ first real opening came in the 20th minute, when Darmian was released down the right and whipped over a dangerous cross that was fingertipped away by Zoet, with Rooney poised to pounce. The United captain then found a well-placed Jesse Lingard inside the box but the winger miscontrolled the ball and the opportunity slipped by.
Morgan Schneiderlin came within inches of opening the scoring on the half-hour mark as he prodded Daley Blind’s corner goalwards but Zoet dropped onto the ball on his line. David De Gea was called into action for the first time soon after, making a flying save to clutch Jorrit Hendrix’s attempted curler after a swift PSV counter-attack. 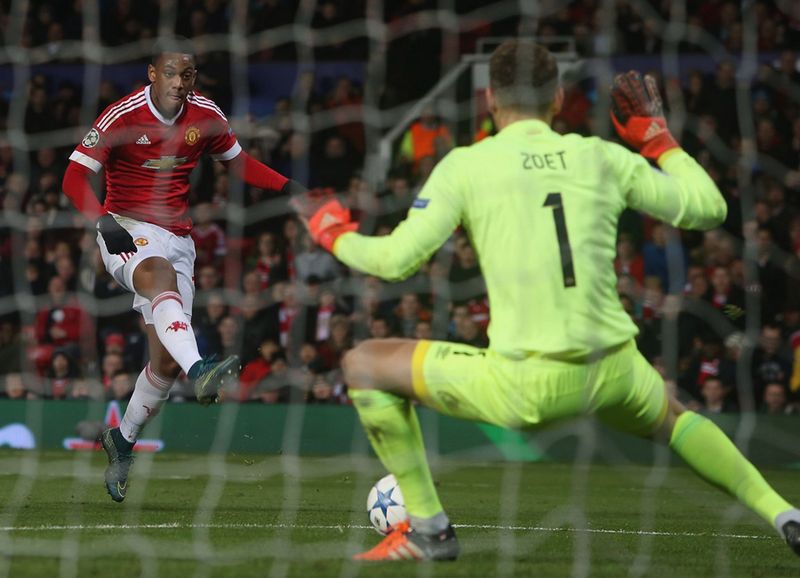 Ten minutes before the break, Lingard’s shot was deflected into Martial’s path but the Frenchman’s effort inside the box was kicked away by Zoet. Rooney then pounced on Zoet’s slip on the edge of his box but the PSV stopper forced United’s skipper wide and recovered his ground to avert the danger. Just before the interval, Memphis fed Martial on the left of the box but Zoet again denied the striker. 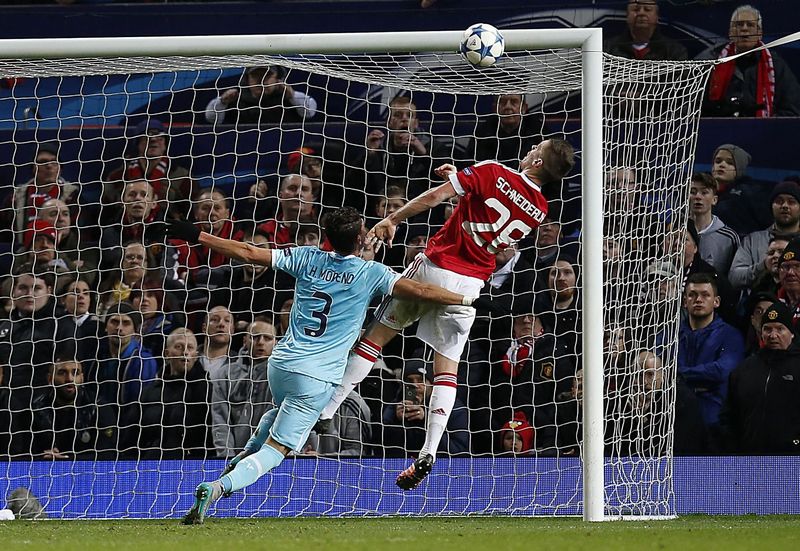 The Reds started the second half on the front foot and Schneiderlin powered a header just over from Blind’s corner, before Lingard glanced Martial’s cross narrowly wide. At the other end, Luuk de Jong beat Blind on the right-hand side of the box but flashed his shot over.
Van Gaal made a double substitution on the hour mark, bringing on Marouane Fellaini and Young for Bastian Schweinsteiger and Memphis, but the visitors continued to frustrate United, sitting deep and occasionally looking to hit the hosts on the break, with Chris Smalling crucially blocking Santiago Arias’ cross at the end of one such foray forward. 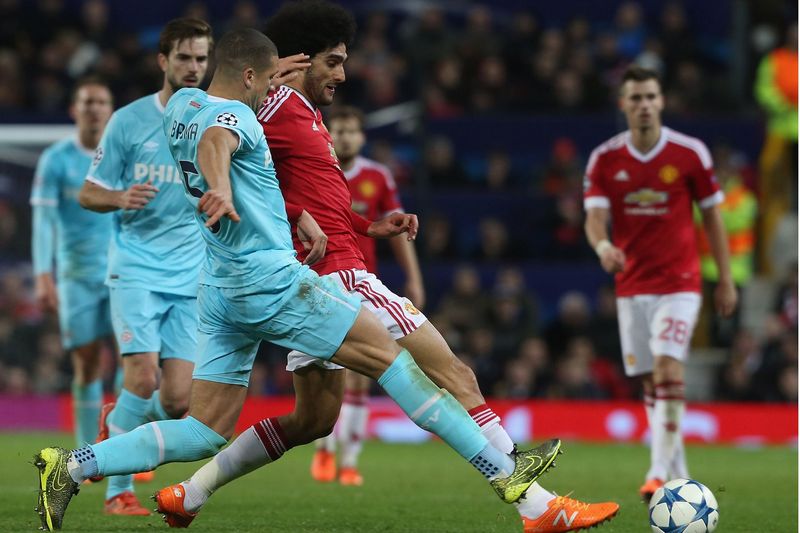 Lingard spurned a great chance to break the deadlock with just under 20 minutes remaining, firing a first-time shot over from inside the box after good work on the right by Young. And despite the late introduction of Mata, that proved to be the Reds’ best opportunity in the closing exchanges, meaning the club's Champions League fate will be decided in Germany in a fortnight.

Van Gaal: "We could have qualified and it's a big disappointment for the players. We have to win in Wolfsburg now and that's a difficult game, but everything is possible."

Rooney: "I think we need to score more goals as a team. It's a learning curve for us but we can't stay on a learning curve; we have to start converting these games into victories."

#MUFC's bid to reach the Champions League knockout stages will go to the final matchday after PSV Eindhoven battled their way to a goalless draw at Old Trafford.

Posted by RyanGiggs.cc on Wednesday, November 25, 2015