Manchester United ended the tour of the States on a high by beating rivals Liverpool to win the International Champions Cup in sultry Miami. 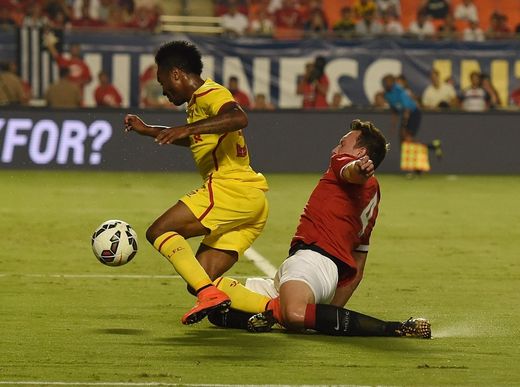 Brendan Rodgers’ side, at the end of their own tour of the States, provided easily the biggest test of United’s pre-season so far as the two rivals from England’s north-west tried to outdo each other 4,000 miles from home.

United were perhaps not quite as sharp as in the previous tour games, not quite as commanding in defence, but found a way to win and head back to Manchester with five wins from five under van Gaal – and a first trophy of the Dutchman's reign.

The 51,000 fans inside the Sun Life Stadium were treated to fireworks before kick-off and, while the game itself didn’t quite provide any, there was a competitive edge and feistiness not normally seen at this time of year.

Javier Hernandez, starting in place of the injured Danny Welbeck, spurned an excellent chance to give United an early lead when he couldn’t convert Ashley Young’s whipped-in cross from close range.

Antonio Valencia then ended his birthday on a sour note, trudging off the field with an apparent injury. Luke Shaw replaced him, with Young moving over to the right wing. 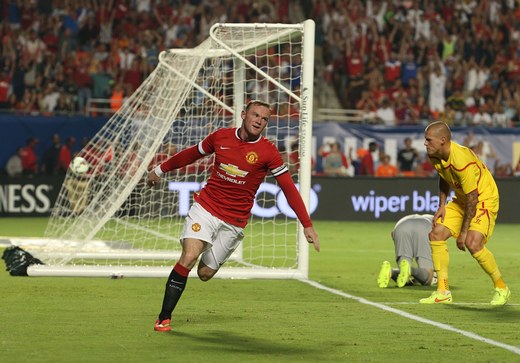 Liverpool were on top but, in the space of two minutes, United turned the game on its head. First captain Rooney, who had been relatively quiet in the first half, equalised when he met Hernandez’s arrowing cross with a neat left-foot volley across Simon Mignolet.

And Mata put the Reds ahead two minutes later when his shot deflected off Mamadou Sakho to wrong-foot Mignolet. 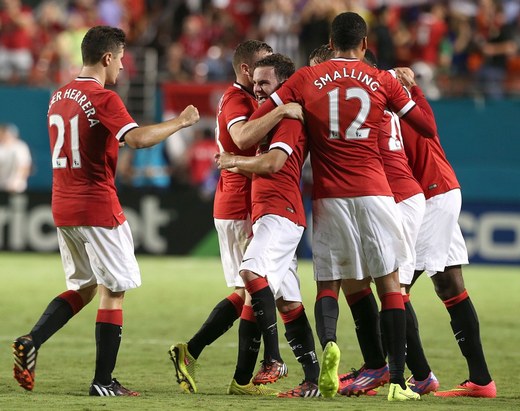 Just after the hour mark, there was an unusual moment of controversy when Young swung a high ball over from the left, which apparently bounced off the crossbar into the path of Rooney, who had the simplest task to tap home.

Referee Mark Geiger awarded the goal but Liverpool protested that the ball had actually bounced off the goal stanchion, which replays proved, and the decision was overturned.

Van Gaal continued to ring the changes, bringing on Nani, Shinji Kagawa and Lingard for Hernandez, Mata and Herrera. 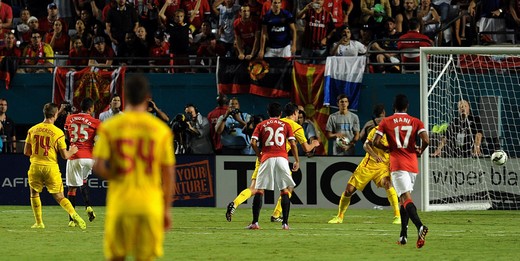 Chris Smalling made a last-ditch clearance to deny Martin Kelly, before Lingard made the game safe when he controlled Young’s cross and fired a low half-volley from the edge of the box beyond Mignolet. 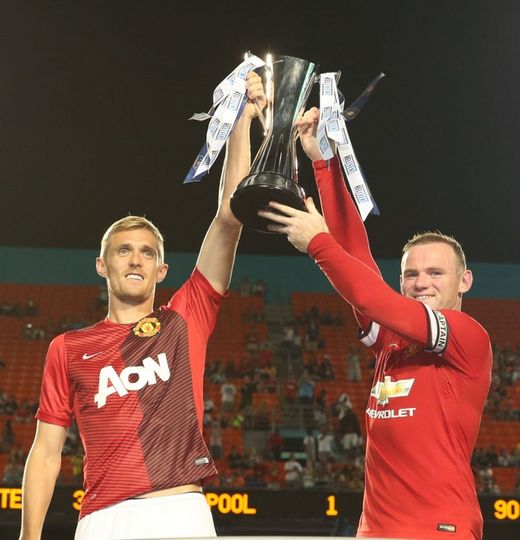